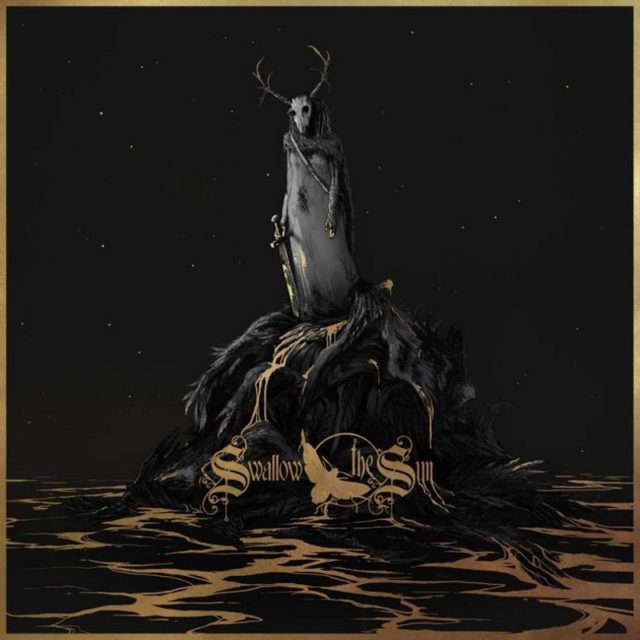 Overall Score: 9/10 Emotional Impact: 10/10 Musicianship: 9/10 Accessibility: 8/10 Pros: A stunning, reflective musical outpouring of emotion | Goth-tinged doom metal at it's very best Cons: Requires several listens to truly appreciate | Some many not "get it" to begin with

Swallow The Sun’s new album, When A Shadow Is Forced Into The Light is a remarkable album for many reasons. It is inspired by and was conceived in the aftermath of Swallow The Sun’s main creative force, guitarist Juha Raivio, having his partner of many years (and bandmate in Trees Of Eternity) Aleah Starbridge pass away from cancer. With this in mind, and for those who know Swallow The Sun’s discography well, they may have expected an album in the vein of some of their heaviest work of years gone by. What they have produced is something quite different.

Swallow The Sun have always been the masters of doom, using melody to great effect when they have felt the need, and this is something that hasn’t changed with When A Shadow Is Forced Into The Light. What is more prominent this time around in parts is an old school Gothic quality, reminiscent of Paradise Lost at the height of their powers, which adds an extra layer to their already substantial Swallow The Sun audio canvas.

The album opens with When A Shadow Is Forced Into The Light’s title track. It has a mournful sounding intro that gives way to a wonderous mixture of harsh and clean vocals, acoustic guitars, underpinned by Jaani Peuhu on the keys. All of the above is intertwined with blasts of huge riffs and Mikko Kotamäki going full blast on the harsh vocals as the keys ramp up to full force, somewhat reminiscent of Dimmu Borgir in their pomp, but feeling far more serious than Dimmu ever do.

The Crimson Crown is an eight minute song that feels like it passes by in mere seconds. Soaring vocals, a wonderful guitar solo and precise instrumentation have Swallow The Sun at their most progressive, with another star turn from Mikko Kotamäki, this time with the full power of his clean vocals. It’s absolutely majestic and perhaps the high point of an album full of top quality.

Songs like Firelight, Upon The Water and Stone Wings have a melancholic, almost funereal atmosphere about them. But this is not exclusively a negative atmosphere, even in the bleakest parts of this album, there is more. Perhaps it would be too much to call it hopeful, but maybe an acceptance of what has happened and the need to forge a new way forward. Towards the end of Stone Wings in particular, the more extreme elements of the band’s traditional sound break through, but then quickly meld back into the softer approach, almost alternating at will making for a very impressive juxtaposition of styles. They pull it off with aplomb.

The album’s closing track, Never Left, is the most lyrically heartbreaking, talking of the battle to not let the darkness inside win in spite of the loss that has been suffered. It’s something that so many who have lost someone could identify with. Musically, it is probably the bleakest track on the album, and in contrast with much that has gone before. But then, the grieving process is never a straight road, and there are many low moments along the way, so it is a fitting end to the album.

While it may not be exactly to all long term Swallow The Sun fans exact tastes, but When A Shadow Is Forced Into The Light is such a momentous piece of work that it should be greatly appreciated by all those except those who are the most resistant to a bit of change. It is the album they needed to make at this point in time, and it is a masterpiece. Few metal albums will top this in 2019.

When A Shadow Is Forced Into The Light is out now on Century Media Records.