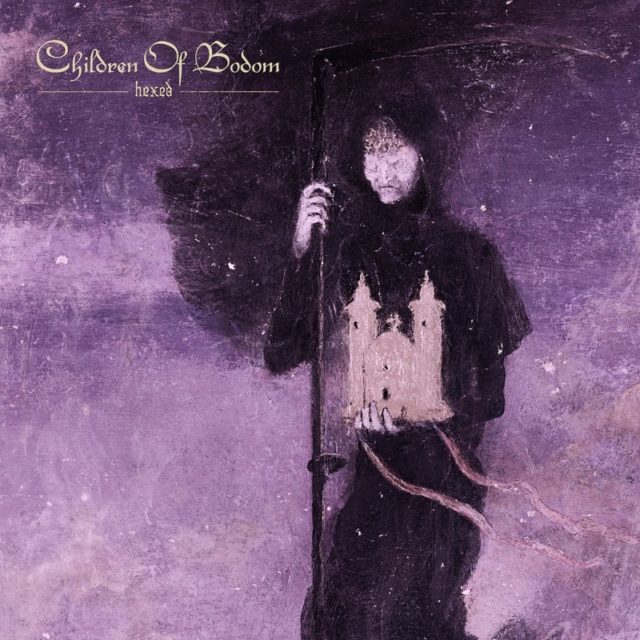 Overall Score: 8.5/10 Songs: 8/10 Musicianship: 9/10 Trademark Guitar Squeals: 9/10 Pros: Solid musicianship and plenty of snazzy riffs to enjoy Cons: So consistent that it lacks a stand-out track like a Lake Bodom or Downfall

Much has been said about the modern Children of Bodom sound. You either love the direction they’ve gone or are still crying with your Flying-V and waiting for another hybrid of Hatebreeder or Follow the Reaper to come along.

It’s somewhat hard to believe that it’s closing in on almost three decades since the then-young Finnish quintet first burst onto the scene in the early 90s. And whilst many of their counterparts have been and gone, you surely have to admire Bodom’s longevity and tenacity – regardless of whether you’re into the musical soundscapes they’ve explored and evolved into over the years.

But never mind three decades, it has been a good four years since Children Of Bodom last laid down the melo-death cards with ‘I Worship Chaos’ (2015) – which is the longest Bodom has ever kept fans hanging between album cycles.

Now a lot can change in four years and Hexed marks the first album to feature new guitarist Daniel Freyburg. Fans will already be familiar with Freyburg who has officially been part of the Children Of Bodom line-up since 2016. For more casual fans let us tell you, his resume more than speaks for itself with stints in fellow Melo-death bands Naildown and Norther. On Hexed he more than proves himself as Laiho’s right-hand man complimenting his playing style effortlessly. He’s a great fit and no-doubt having the advantage of immersing himself with some of the most technical songs in the old-school Bodom arsenal on their 20th Anniversary tour has served him well on his debut album showing.

Enter then 2019’s ‘Hexed’. The 10th offering from Camp Bodom. Billed as ‘impressively stripped back Melo-death’ rock-n-roll-rampage, the album sounds anything but “stripped back”. Opening track ‘This Road’ is classic head bang till you break your neck territory before it throws an almighty curveball on the chorus – just wait ‘til you hear the off-the-wall guitar that sounds seriously saxophone-ish and just a teeny bit jazzy. Just Bodom doing Bodom then.

Then comes ‘Under Glass & Clover’ with a guitar intro that’s so unusually bouncy and upbeat for a Children of Bodom record. We won’t do them the dishonour of saying they’ve strayed into Power Metal realms, because this is anything but Power Metal and Alexi would chop off our heads. The bounciness trades tape with what some may describe as simple, but oh-so-catchy guitar riffs with pauses that allow drummer Jaska Raatikainen to show us what he’s got. Fear not though as things evolve from simplicity to full-blown furiousness across the track.

Bodom’s technical rampage continues well into third-track ‘Glass Houses’. They’ve not spared anything on technicality that’s for sure. The guitar and keys sound like they’ve come straight from a Vivaldi symphony. It’s one of the stand-out tracks on ‘Hexed’. The rhythm section is so striking to the point that you can picture Laiho duelling it out with the string section of the Orchestra and showing them that guitar rules the roost when it comes to the string instruments (take that Violins!) – especially in the latter half of the song when the album picks up pace into subliminal shreddage and keyboard tricks alongside the Vivaldi rhythms.

Then there’s the already much-talked about ‘Hecate’s Nightmare’ which sounds like a Shock-Rock Alice Cooper, Rob Zombie and Ghost influenced mash-up with an eerie child’s music box leading the charge. It’s filled with countless synth-laden verses and chuggy chord progressions before plunging back into familiar Bodom territory with a fair share of cheeky guitar squeals thrown in for good measure – obviously.

The neoclassical influences keep on coming in the title track ‘Hexed’. Musically it sounds like it’s come fresh off 2004’s Hatecrew Deathroll – think Bodom Beach Terror vibes in a head-on collision with Relentless, Reckless Forever’s, Not My Funeral. It’s technical and the transitions throughout the song are nothing short of perfection. There are little subtle nuances here and there used across this song whether it’s a pairing dramatic keys and beautifully harmonised guitars (obviously with blast beats) or just showing off some serious arpeggio trickery on the verse riffs. It’s jammed pack with awesome. Everyone loves a good Laiho-Wirman guitar-keyboard “solo off” and this song doesn’t disappoint. It all fades out to booming gang chants before winding up with an off-kilt synth and slow guitar finish.

Things slow down a bit for the album’s penultimate, and rather aptly named track, Soon Departed – but make no mistake, this is no ballad. Far from it in fact. It brings an ‘Every Time I Die’ / ‘Angels Don’t Kill-Esq vibe with it and what is easily one of the albums catchiest riffs and chorus’ combos to boot. Alexi Laiho has mentioned that lyrically this album is a catharsis, channelling negativity into something positive. ‘Soon Departed’ feels like the definition of this analogy.

Children of Bodom’s 45-minute Melo-death assail comes to end in the form of ‘Knuckleduster’ for one last blast of heavy for good measure in the form of monster riffs, synth-chaos and ear-splitting drum and bass licks.

There are so many high points on the album and whilst it may be a good 26 years since they burst onto the scene, with ‘Hexed’, Children of Bodom once again prove that they aren’t dead just yet.

Hexed across the board seems to be heavily influenced by the band playing only Bodom classics from the Something Wild through to Hate Crew Death Roll era for a couple of years which has either consciously or sub-consciously rubbed off on this album in a big way. Or at least It certainly feels like the ultimate balance between the striking technical elements that early Bodom is synonymous with whilst still being bold enough to throw us a few musical surprises. It’s basically the Melo-death equivalent of adding sprinkles and a 99 flake onto an already spectacular ice cream.

The only qualm with Hexed is that it’s so solid and consistent that it may lack a BIG stand-out track. There isn’t quite a heavy-hitter to the same degree as a Lake Bodom, a Downfall or a Towards Dead End on this album.

But really many bands wish they could produce an album this good after nearly three decades in the game. It’s thrilling to see them adding splashes of new elements across the album proving they’re not afraid to push the boundaries. And whilst it doesn’t reinvent the wheel per se, it’s surely everything we’ve come to expect from these Finnish Melo Death Masters. Consistent and musically faultless from start to finish.

Hexed is out on Friday 8th March 2019 on Nuclear Blast Records. 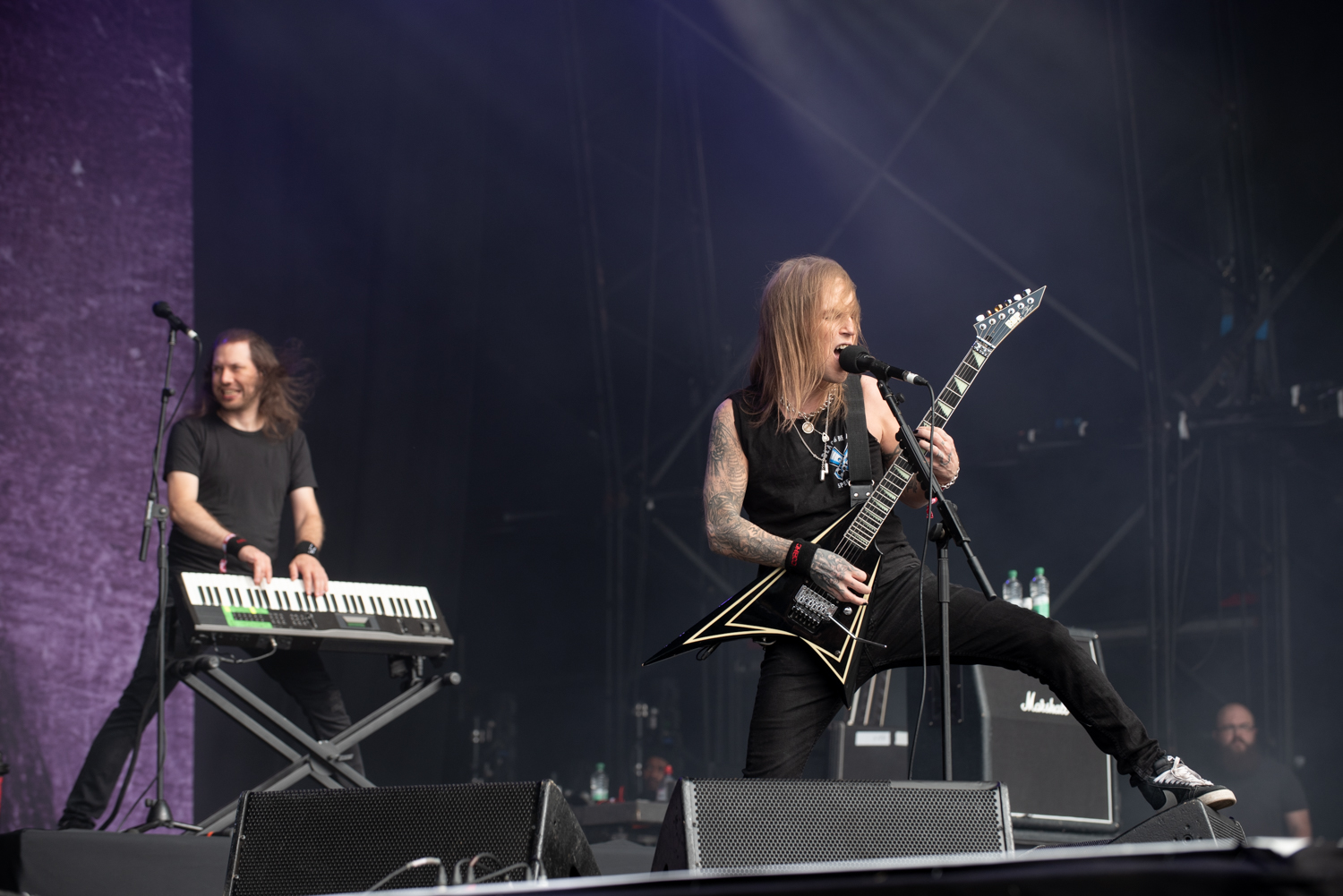 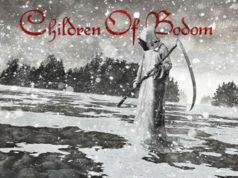 Children of Bodom – Halo of Blood 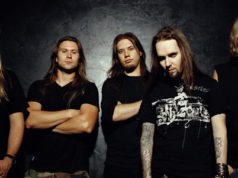