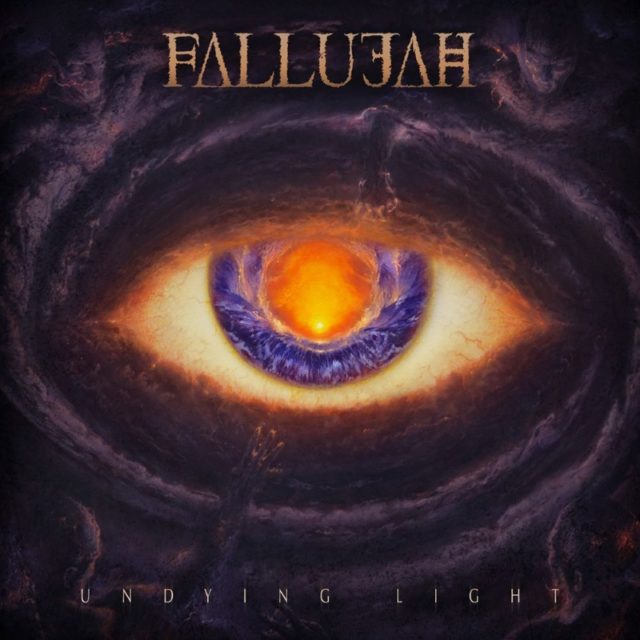 Plenty of bands can be labelled as influential. Iron Maiden helped birth the NWOBHM sound, the Big 4 made thrash a global phenomenon, Meshuggah accidentally created Djent. The list is long and varied, each prospective pioneer deserving of a different accolade. But it’s not just in genre or subgenre creation that a band becomes influential: Through salient work and commitment to the creation of art a band can influence their peers. One such band deserving of the brand “influential” is Californian progressive death metal outfit Fallujah.

With their previous album, Dreamless, Fallujah explored their work with intelligence and emotional resonance. Latest release, Undying Light, does away with any concepts that could be considered vacuous by the more critical of their listenership and goes straight for the jugular with razor sharp precision. Opening song, Glass House, fades into contemplative and airy guitar work before a crushing and bestial mid tempo riff arrives with all the hallmarks of the band’s signature sound. It is most certainly death metal with an atmospheric edge and a vastness of ideation. The verses will pummel the listener while the bridge and chorus sections are spacious and ethereal. There’s a lot going on with this seemingly simplistic track, but then Fallujah have never been ones to settle for being simply surface level.

This visceral assault remains a commonality throughout the album: Follow up song Last Light wastes no time in commencing an aural barrage, striking at carnal feelings of repressed rage. You’ll find yourself seething with excitement as the bridge envelopes you; the calm in the eye of this musical hurricane. The same accolades can be afforded to Ultraviolet, another hulking wonder of a song. The band don’t skimp on the more traditional death metal sound; Sanctuary is a blast beating slab of At The Gates worship of the highest order. It’s the likes of Dopamine and Eyes Like the Sun that offer an alternative to the violence however, both of them relying more on groove and emotions other than fury to carry the listener along on this terrifying ride.

Fallujah’s latest effort is a small triumph. While it may not live up quite to the grandeur of the critically beloved The Flesh Prevails, it does a damn fine job proving that they are a band not willing to trade solely on former glory. There is a startling amount of musical growth and maturity in the album’s strongest moments, and there aren’t particularly any holes in the armour to speak of. As Departure rattles and smashes through the four minute run time and the album comes to a close, there’s a desire for more. This is an album that will certainly satisfy Fallujah’s core fanbase, and is guaranteed to bring new fans on board.