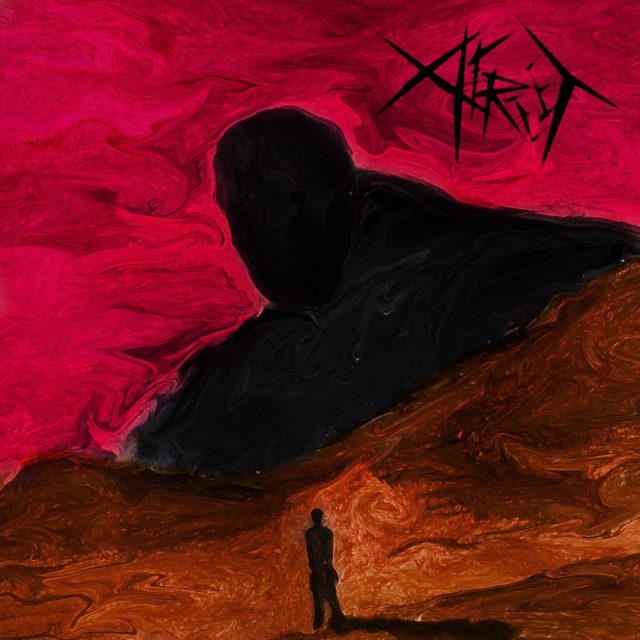 Afreet is the brand new post-metal project of Yousef Shah and Sulleiman Omar, previously half of the band District Unknown (who we covered a couple of years ago. Read here). They made waves several years ago with their status as Afghanistan’s first metal band, often forced to play in secret in order to avoid falling foul of religious fundamentalists, culminating in a Metal Hammer Golden Gods Award in 2015. That band has since gone its separate ways, and despite Shah and Omar now living thousands of miles apart from each other (one in Denver, Colorado and one in Newcastle-upon-Tyne), the pair have reunited under this new moniker to continue where they left off with a self-titled debut EP.

From the off, there are several signs that the two have improved dramatically since their days in District Unknown and Anatomy of a 24 Hour Lifetime. The production is thicker and more atmospheric, with the music leaning more on their cultural influences than the more straightforward structures of past music. Meanwhile, Yousef Shah’s vocals have improved tenfold. While at times his harsh vocals in his previous project had felt raspy, he instead adopts a much more refined guttural voice with Afreet, growling his way through the near-10 minute opening track “Purposed for the Balance”.

Sully Omar enjoys switching between Asian influenced lead guitar melodies and sludgy bass riffs to create a melodic yet wholly unsettling sound, with the listener bombarded throughout the EP by slow, pummelling riffs and dissonant riffs, as heard in “Ectopotence”, a track which lets us hear Sully Omar’s clean singing on the album – another vast improvement which illustrated the level of growth these two have made as musicians in the past 5 years. The band also flirts with a more doom metal influenced sound on “Shadows of the Terminus”, with big, doomy riffs and eery keyboards dominating their shortest track (at just over 3 minutes). Meanwhile, the introduction of proggy closing track “Incorrigible Union” displays the new production capabilities the pair have at their disposal since relocating to the US and UK, with atmospheric clean guitars and a smooth, clear bass expanding their dynamic range.

The main problem with Afreet’s debut EP is that there isn’t necessarily much variation going on between the four tracks. It’s good to know that the duo have settled nicely into their sound, and know where they want to go with it, but 25 minutes of slow paced, sludgy post-metal tends to need enough about it to hold the listener’s attention throughout, and that’s a hurdle many bands in the genre fail to clear. Afreet definitely have some great ideas on display, but may still need to change things up a bit now and then in order to keep the listener on their toes.

There is a great deal of things to enjoy about Afreet’s self titled debut. Sully Omar has taken on the instrumental side of things with aplomb, while Yousef Shah has shown how much he has grown as a vocalist with a strong display. They know exactly what sound they want to go for, and are able to blend in a number of influences to expand their pallet. If they can add a bit more variety in terms of pace and dynamics in future, they could be on to something.