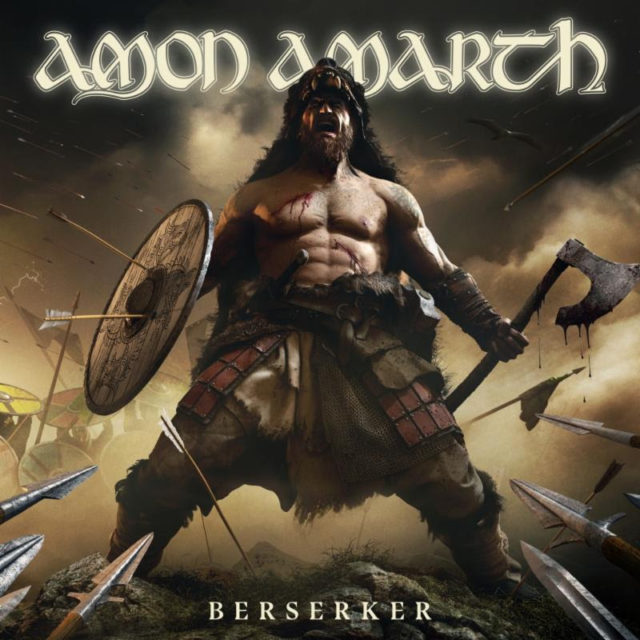 A new Amon Amarth album is always an event in the metal world. Our resident metal minstrels of the tales of the vikings have been steadily growing in popularity ever since their big breakthrough almost fifteen years ago courtesy of With Oden On Our Side. Their latest album, Beserker, seems set to propel them to the biggest heights yet.

Building on the strength of the excellent previous album, Jomsviking, Beserker wastes no time making an impact with the impressive Fafner’s Gold. Johan Hegg is in fierce fine form from the off, while the distinctive Amon Amarth guitar tone rings true in a pleasing fashion. Crack The Sky (not to be confused with Mastodon’s Crack The Skye) has an excellent galloping riff, while the brilliantly titled Mjolner, Hammer Of Thor (Avengers Endgame anyone?) will be a live highlight with its huge chorus, teutonic drumming and imposing guitar work.

A live highlight is also the inevitable future of Shield Wall. I defy anyone to find a chorus in the heavier ends of metal released this year more likely to inspire mass crowd participation than “VIKINGS, RAISE THE SHIELD WALL, ON THE FRONT LINES, FIGHT TIL DEATH!”. The album’s first single, Raven’s Flight, is another excellent slice of Amon Amarth doing what they do best, with Hegg’s growls being underpinned by the most intricate guitar work on the album thus far.

Some Amon Amarth albums in the past have had the tendency to drop off in the second half, but this is not a fault that can be thrown at Beserker. Ironside broods darkly, complete with some rarely used clean vocals including viking chanting. Following on, the albums quasi title track, The Beserker At Stamford Bridge is slower paced than most of what has come before, but is Amon Amarth in effective storytelling mode, whilst still managing to pack a punch worthy of the earlier mentioned Hammer Of Thor.

The album goes out on a high with Wings Of Eagles literally soaring with its multistep drum breakdowns and frenetic riffing. It’s a fitting end to an album that sees Amon Amarth fully back to the peak of their powers, and should allow them to raise the viking horns higher than ever before.

Beserker is out now on Metal Blade Records and Sony Music.