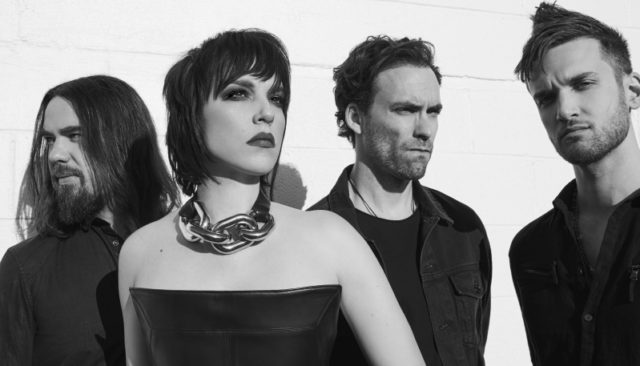 Halestorm’s star has never shone as brightly in the UK as it does right now. With their impending Zippo Encore Stage headlining slot at this year’s Download Festival looming ever closer on the horizon, we caught up with Halestorm bassist Josh Smith to talk about the band’s history with Download both in the UK and abroad, and what we can expect from them this Summer.

Your first appearance at Download was almost a decade ago, playing in the Pepsi Tent in the middle of the afternoon. How much can you remember about that day and what it was like?

That day was amazing. We actually arrived the day before and got to watch a bunch of bands: Them Crooked Vultures and AC/DC to name a few! What was also memorable was the weather… It was actually nice!! In the years since we’ve realized that the weather doesn’t matter. UK fans are die hard and show up to rock no matter what.

What was it like being told by your (Manager / agent / whoever told you) that you’d been booked to play Download for the first time? How much were you aware of Download and Donington and the history of the place as far as rock and metal are concerned prior to getting the news or any hints you might get to play?

It felt like a right of passage and it still does. We still get just as excited to hear when we’re coming to Donington. The legacy of this festival and the fact that it’s stood the test of time puts it and the UK rock fans in of league of their own.

You’ve played the festival twice more, in 2012 and 2016, since then, working your way up the stages to the main stage last time out. Did that seem like a good measure of how things have grown for Halestorm throughout the years, seeing your position on a festival like Download get bigger everytime?

It certainly is. Again it’s a testament to the support of the fans that helps us to keep climbing the ladder. And it’s fuel for us when we’re writing new music and we can ask ourselves ‘Is this enough energy?? Does this rock? How will this sound in front of Donington?’

We come to 2019 and you are headlining your own stage at Download (UK) for the very first time. What can we expect from aHalestorm headline set at Download? Biggest Halestorm production ever?

Always bigger and better! We have some things planned… I’m thinking: canons stuffed with pounds. BOOM! Small change might be too dangerous. Still some things to work out but you get the idea.

What is it like headlining a stage on the same day as Slipknot? We’ve been led to believe that you won’t be clashing with them so those who are both freaks and maggots can enjoy both bands, but if you think back to your first visit to Download in 2010, they had already headlined the festival at that point, it must be quite the sense of accomplishment.

It is! It’s funny because it feels like we’re the new kids on the big stages at the prime times… but we’re not new, and we’re definitely not kids anymore! We’ve been cutting our teeth on the road for 13 years. But this is new territory. It’s a reminder to bring our A game.. Freaking Slipknot man!

You are the first band to have a female singer to headline one of the top two stages at Download (hopefully the first of many in the years to come). Knowing that, does that come with any extra pressure for the band and Lzzy especially?

That’s a cool factoid. Ha! No it doesn’t add any more pressure than we put on ourselves to be our best every show. Lzzy is proud to wave the flag for women in rock and I think there will be many more female fronted bands to come.

As the years have gone on, Download has become an international brand and Halestorm have taken part in both Download Australia and Download Japan already this year. What were those festivals like? We can imagine quite a contrast between the Australian and Japanese set up’s.

It was nice to work with a familiar, and successful brand outside of Donington. The Australians showed incredible support. We played at 12:50pm in Japan… 12:50 in the afternoon! They were ready to rock. But the sheer size of UK Download just dwarfs most festivals. It’s nuts! There is a huge sense of establishment in Donington. It feels like home.

One last thing – how much should we bet on Halestorm headlining Download UK one day in the future?

Halestorm headline the Zippo Encore Stage on Middle Saturday of Download 2019 this June at Donington Park where we hope to catch up with them again. The full line up for the festival can be seen on the poster below.

Tickets for the festival are still available in a variety of formats – though most RIP camping packages are now sold out. For those who haven’t yet got their tickets, Download is just six weeks away! Head over to the official Download online ticketing store now! 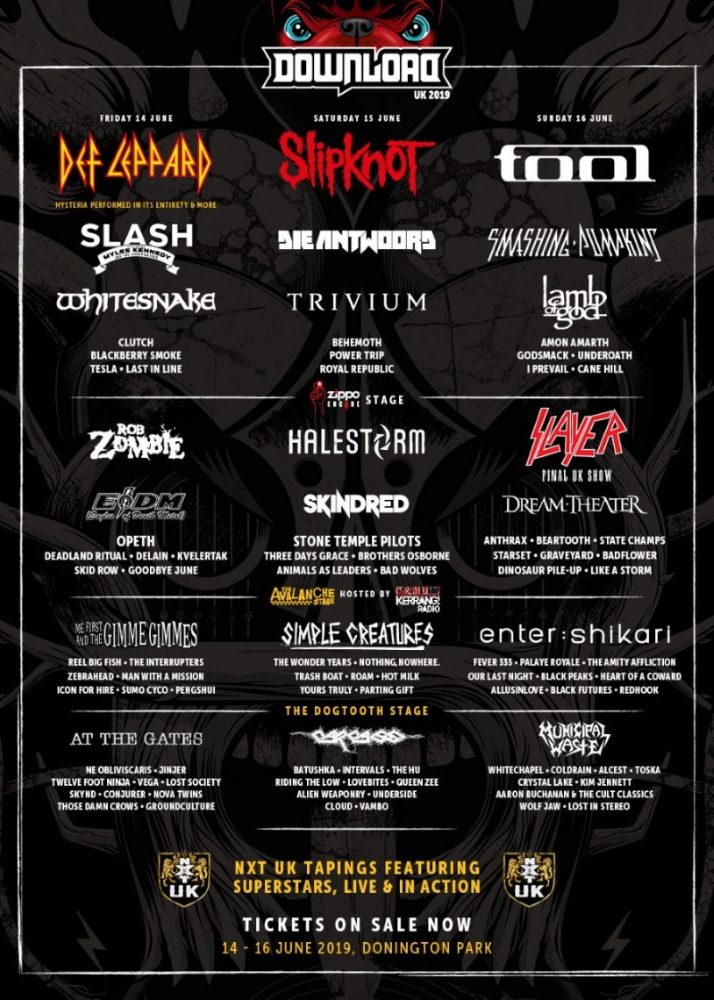