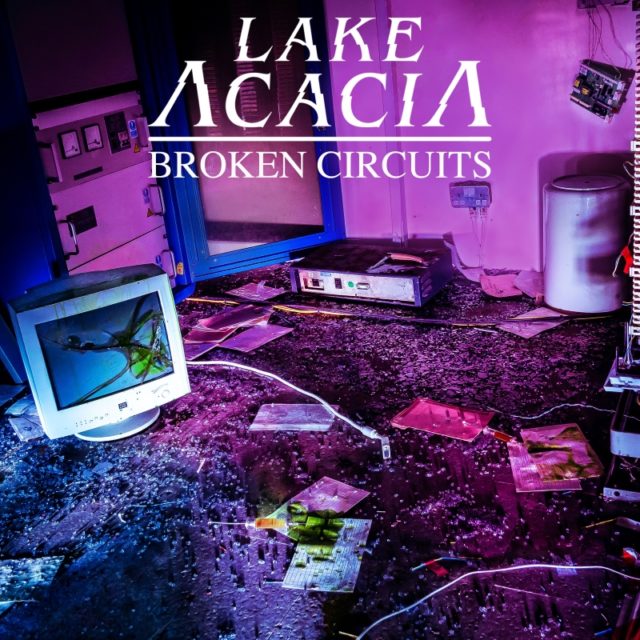 Lake Acacia are a fiercely ambitious alt-rock band from Oxford. The trio formed in 2016 and through diligent hard work have seen themselves amass a dedicated following across the UK. Having been featured in Kerrang! and on BBC Introducing several times, it’s fair to say they’re making some serious impressions. Now they gear up to release their sophomore EP, Broken Circuits.

A diminished guitar line echoes over thudding tom hits, then distortion cracks into existence and Runaway breathes into life. The song itself takes from elements of hard rock, metal and pop to create something wholly enjoyable. The trio of voices creates lush melodies that carry the song through its refrains, such as ‘I was wrong for trusting you’, which feels as though it could slot into the latter portion of Bring Me The Horizon’s career. The final third of the song is where the most aggressive portion of musicianship shines as the band don a more punk persona, but surprisingly it’s when the music is at its least interesting. While the heavy section is serviceable, the band are far more adept at writing poppy hooks.

Any Day Now is an acute look at mental health. As the subject rises in the public discourse, so it must be that more and more bands write about it. However, Any Day Now doesn’t feel as hackneyed and cynical as x percent of bands, instead it feels like it comes from a real place of hardship and experience. Once again the pop hooks are the most enticing thing about the song, though the almost 80s rock riffs provide space for a little headbang in amongst the heartfelt singing. The crashing main riff has a borderline indie feel to it that really compliments the lucidity with which the vocal melodies are written, and makes the song feel accomplished and well judged.

Desynthed, the EP’s lead single, lyrically is perhaps the most trite the record gets. Essentially centring around the idea of a synthesised existence and breaking free, it feels like the band have watched The Matrix and got a surface level understanding of the plot. By no means bad lyrically, just uninspired: It’s hardly Living In A Simulation by Fucked Up. Musically we see more 80s and indie influence, with a touch of shoegazing entering into the fray in the middle section as the refrain of ‘Take back control’ echoes overtop. The riff that starts after this ambient portion is phenomenally well realised, but lacking low end to give it a real punch. A little more time afforded to soundscaping and production would elevate this EP to another level of enjoyment.

Finale, Time To Change, vocally has a real Synth-Pop feel, with the staccato enunciation of each syllable. Yet again we see Lake Acacia crafting gorgeous harmonies, performed with a brilliance deserving of a band far more dyed in the wool. The three part harmonies are reminiscent of Press To Meco, and as adept as that comparison implies. The song itself hits the major points it needs to; big, over-earnest chorus, soft bit, heavy bit, little ambient break. By the time you get to this fourth track it feels as if the band are beginning to run out of unique ideas, and Time To Change, while by no means a poor song, feels as though it could have been left on the cutting room floor and the record would not suffer for it. The EP as a whole is not one hundred percent fully realised, but there is enough here to latch on to that makes Lake Acacia a very exciting proposition. Lyrically the EP may be imbalanced as far as quality goes, but their panache for pop writing makes for a lucrative career ahead, and if they can sort out the balance of light and dark they could become a beloved part of the rock scene.

Lake Acacia’s Broken Circuits is released on the 3rd of June 2019.