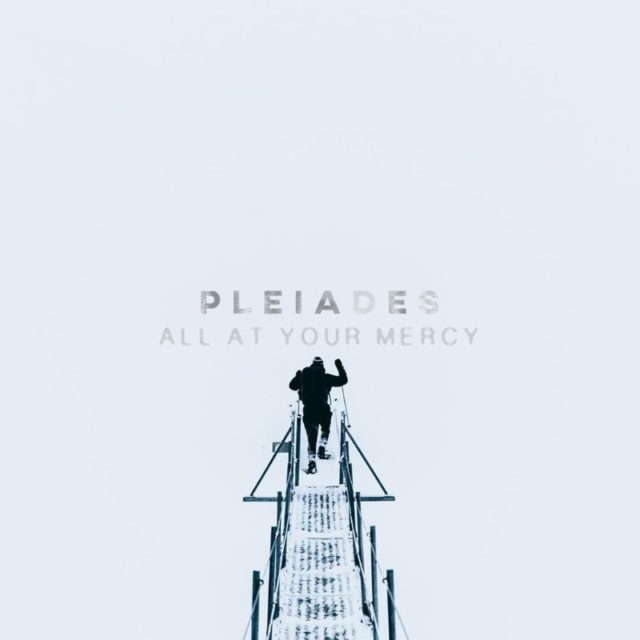 Opening with minimalist bass and guitar and tom driven percussion that builds to bursting point is a smart way to kick off a release, and such is the beginning of the new Pleiades album. It sets the mood by sonically establishing the variety of heaviness set to unfold, in this case a face melting composite of almost blackgazing expanse and extremity wrapped up neatly in a post-metal package. It also allows for tensions and expectations to run sky high as you wait for the cathartic crush of the first “proper” riff. As it arrives the Post- aspect of open playing becomes starkly apparent, and the wit in composition even more so. Guitarists Andrew Packwood and Ryan Noble weave a superb lyrical narrative with their instrumentation, telling an additional story in the brief run time of All At Your Mercy.

The main narrative focus of the album naturally comes courtesy of vocalist, Andy Calderbank. Pleiades paint a grim picture of the human need to control and the catharsis that comes from letting go, despite the fearsome consequences that deter many from acting as such. The performance itself is dynamic and stunning: harsh, guttural screams and growls that have the same unwavering strength of Svalbard’s Serena Cherry, juxtaposed with clean passages that are sung with such adept melodies it beggars belief that this band don’t settle for writing catchy pop hooks for a living. Never is this dichotomy more eloquently expressed than on penultimate track, Mesa, in which Calderbank allows their towering performance to shine bright in the darkness.

Musically the album is far more concise than Post-metal is wont to be. Many of the tracks stand at around the five minute mark, as opposed to the ten plus one would get from Neurosis or Cult of Luna, but even still they feel half that. The musicianship on display is so melodious and effortlessly delivered that listening to All At Your Mercy is a genuine pleasure, despite its brutal and uncompromising surface level. Don’t allow yourself to settle for the surface of this music however, as there are treasures buried deep within that only reveal themselves on repeat exposure, such as the understated genius of the title track.

This release is a near perfect example of post-metal; though it may be more concise than those albums of legendary status, it bears all the hallmarks of what makes the genre so great. If anything it does leave you wanting more. It is painstakingly crafted, transformative and expansive, expertly performed and understated in its brilliance. This is not a release looking to sing its own praises, but one that will shy away from the spotlight to focus on the intrinsic artistry that makes it so beautiful. It is a perfect starting point for post-metal, but will equally satisfy long term fans of the genre. Fans of Oathbreaker, Møl, Conjurer, Svalbard and KEN mode will find a lot of love for this album, and its appeal will stretch across myriad borders of heavy music.

Pleiades’ All At Your Mercy is released on the 31st of May 2019 through AWAL. 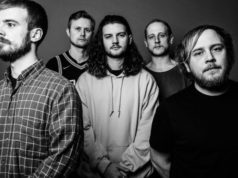 An Interview with Andy Calderbank of Pleiades: “We’re trying to bring that hardcore style to post-metal and post-rock”