Following their titanic set at the 2019 Download Festival (review coming very soon) – Viking metal giants Amon Amarth have announced a huge UK tour. Returning at the end of the year, Amon Amarth are returning for three shows in Birmingham, Manchester and London. They’re not coming alone either – they are bringing some great bands with them.

All the support has a Swedish flavour, which is just how we like it. Main support duties are being filled by the mighty Arch Enemy, while opening the shows will be done splendidly by Hypocrisy! It’s a tour that Amon Amarth are hugely excited for:

“We cannot wait to return to Europe and tour the UK with our fellow Swedish Berserkers ARCH ENEMY and HYPOCRISY. We will be bringing our biggest headlining show yet and this truly is going to be an epic heavy metal party that is not to be missed!”

“I can’t think of a better way to wrap up an intense and exciting 2019 ARCH ENEMY touring year than heading back to the UK with our Swedish friends AMON AMARTH and HYPOCRISY! This will be a celebration of everything that is awesome about Heavy Metal, the Scandinavian way! Skål!”

Confirmation of the tour dates follows below:

Tickets go on general sale this Friday (21st June) at 10am. Prices for the tour are currently TBC. Limited VIP ticket opportunities will be available from www.amonamarth.com. Amon Amarth will be touring in support of their new album Beserker, which saw them earn their highest UK album chart position so far (#25). 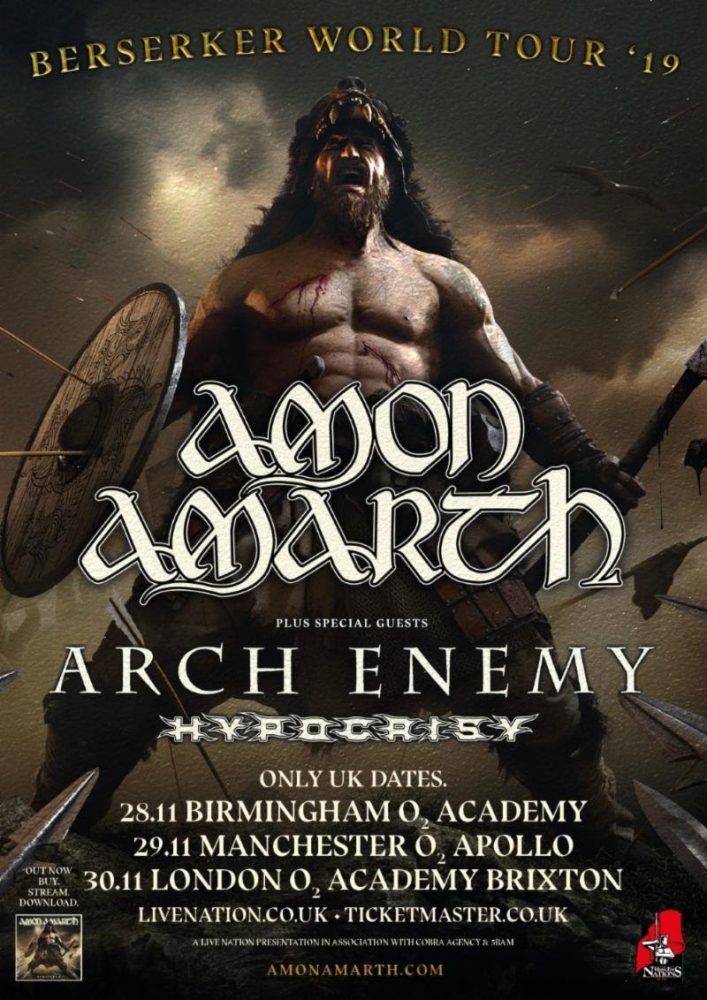