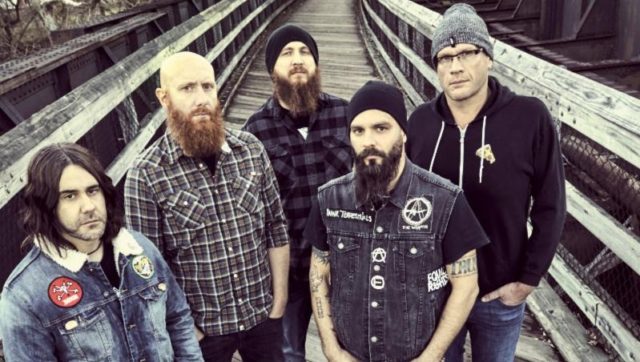 Killswitch Engage are back with a barrel full of news! The Massachusetts NWOAHM pioneers are very pleased to be able to announced their brand new album Atonement. Being released on the 16th of August through Music For Nations, Atonement is the first new album from KSE in three and a half years. It follows Incarnate, which was released in early 2016.

The first single from Atonement has been released today alongside the album announcement. It’s called Unleashed, and is already going down very well with the Killswitch faithful. Check it out below:

Some input about Unleashed, and Atonement as a wider album, come from Killswitch Engage vocalist and all around awesome dude Jesse Leach:

“‘Unleashed’ is about inner passion and rage coming up to the surface. “We all have that wild within that often stays dormant until a tragic event triggers and awakens it. This song is about that awakening within. I feel we were able to capture something raw and intense on this song and I’m stoked for everyone to hear it! The new album Atonement is a reflection of perseverance and passion through the trials and suffering of our existence.”

The album artwork and full tracklisting for Atonement can also be found below. Most notable is the fact that former Killswitch Engage and current Light The Torch frontman Howard Jones returns as a guest vocalist on one of the tracks!

1. Unleashed
2. The Signal Fire [featuring Howard Jones]
3. Us Against The World
4. The Crownless King [featuring Chuck Billy]
5. I Am Broken Too
6. As Sure As The Sun Will Rise
7. Know Your Enemy
8. Take Control
9. Ravenous
10. I Can’t Be The Only One
11. Bite The Hand That Feeds 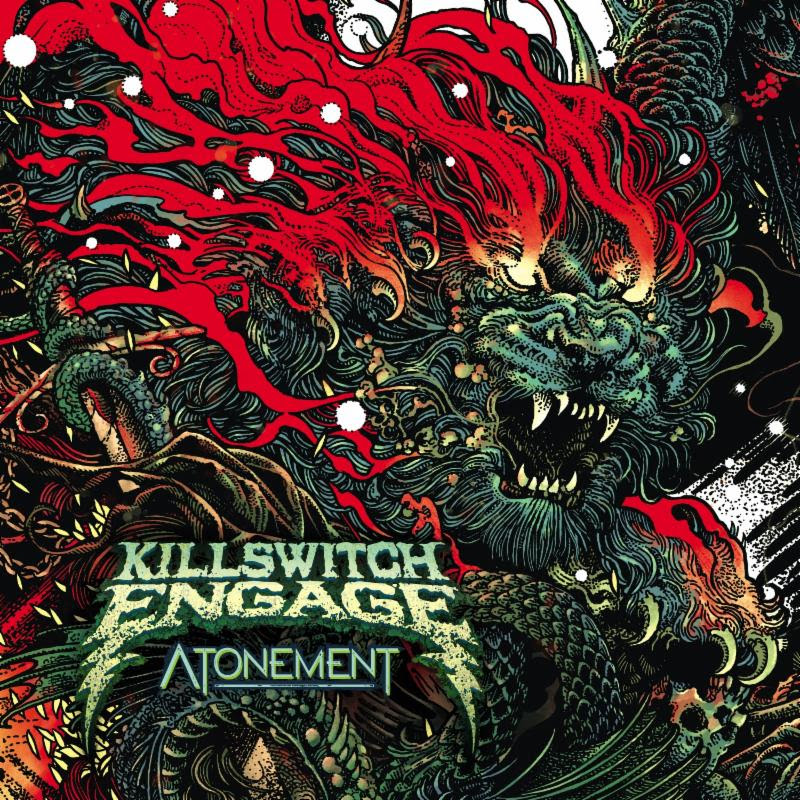 Pre-order bundles for Atonement for the US, the UK and the EU are available at the band’s official website.

The first opportunities to hear songs from the new Killswitch Engage album live in the UK are not too far away. The band have also today announced their first UK headline tour in several years! Kicking off at UEA in Norwich on the 14th of October, Killswitch Engage will play six dates across England and Scotland, culminating in a huge London show at Brixton Academy on the 20th. The full list of dates can be found below:

Tickets for the tour go on general sale on Friday June 28th at 9am. Various pre-sales will be available on Wednesday 26th and Thursday 27th from the likes of O2 priority and Live Nation. Stay tuned for further updates from the Killswitch Engage world including new tunes from the album as and when we have them. 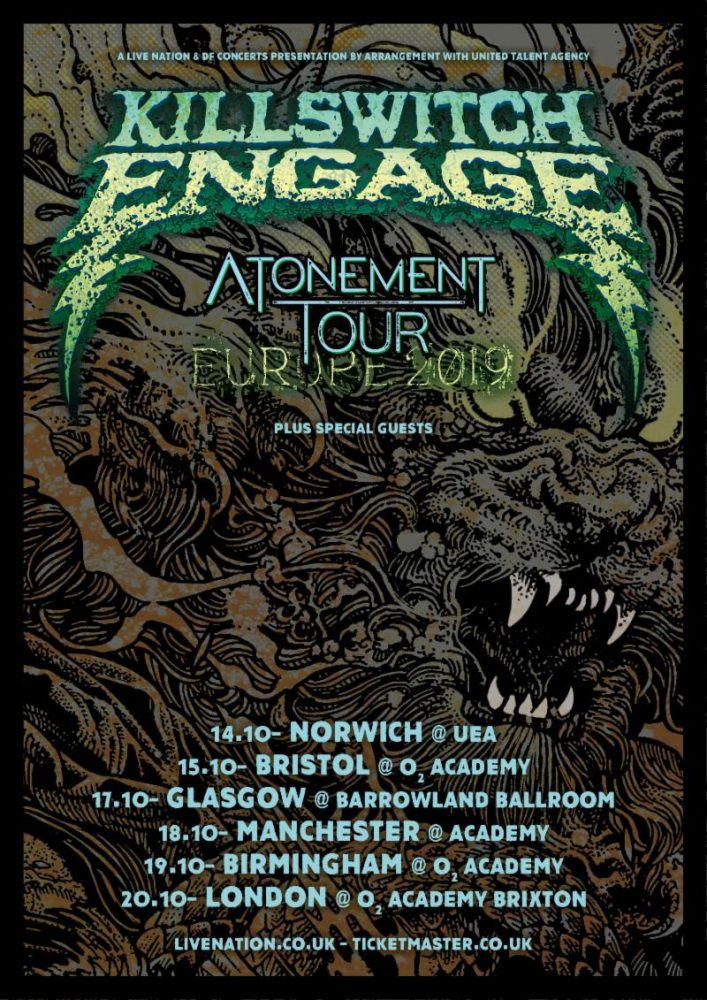