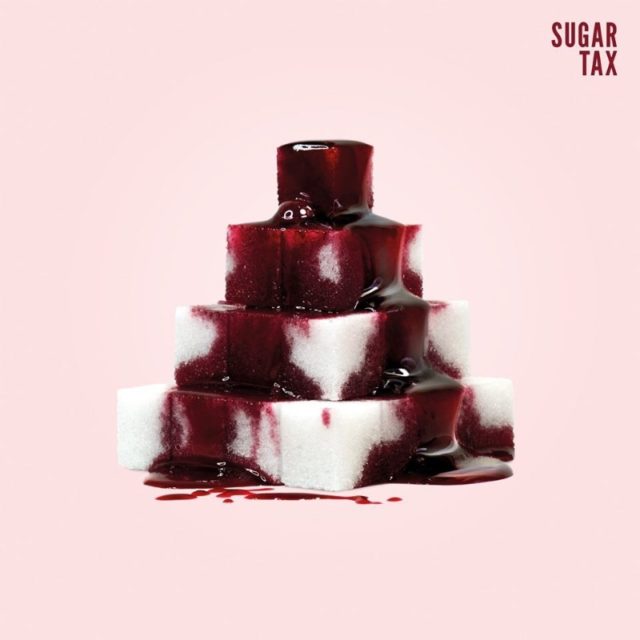 The sugar tax isn’t just a controversial piece of Conservative legislation that demeans and drains the capital of the lower classes in society; it’s also the fabulous new EP from Hastings born post-punks, Kid Kapichi. Their sound definitely has more emphasis on the punk side of this descriptor, but the music is far more intricate and complex than the established ‘four chords and the truth’ mantra of old. With their debut EP, the band are looking to take society to task, and they’re not messing around.

The first and most striking thing about this album is its lyrics. A dystopian realist look at the modern world, it evokes IDLES’ Joy As An Act of Resistance with its blunt, brash truths, expressed with a Southern twang that is not wholly dissimilar to Slaves… Except Kid Kapichi are good. Biting satire and witticisms are abound in the short running time of this EP, whether it’s taking celebrity culture to task on Glitterati or the toxicity of machismo on Revolver. Well observed and written with a deep understanding of the various subjects, this EP can be heralded as a piece of punk’s rich tapestry of intelligentsia, scathing as everything anarchic should be.

Musically there are nods to the likes of IDLES, the punk band du jour, with asynchronous guitars battling against one another to create barbed phrases, but there is a post- element that brings to mind the likes of the seminal Joy Division: Synthesisers creating squalling, enveloping soundscapes, particularly with the swirling squeals on 2019 and the carnival vibe towards the end of Death Dips. The real sonic wizardry however is found in the fuzzed up, oppressive guitar solo in 2019. Despite its namesake, the song itself feels timeless, both looking wistfully to the past and barrelling towards the future.

Some listeners may find the cheeky chappie vocal stylings to be a touch grating. If Slaves are anything to go by, it could be seen as a pretentious attempt to add a layer of grit to the already brutal lyrics, but the likelihood is that there is more influence taken from someone genuine like Frank Carter or Joseph Talbot. There is a sincerity to the music that Kid Kapichi are creating that makes it all feel like the genuine article, and not to accept any imitations. Despite its polished production, there is dirt under the fingernails of the Hastings outfit, and a willingness to create raw punk music.

Kid Kapichi debut EP is a resounding success. One of invention and brutal honesty, it bears the unclouded thoughts of its members with a scathing verve. Intelligent and dextrous, it’s an essential listening experience for anyone even vaguely interested in punk. To think of the prowess with which this band can write on a debut release is truly exciting, and we can only hope that the plaudits they deserve come their way, and a full length is on the horizon.

The new EP from Kid Kapichi, Sugar Tax, is released on the 19th of July.