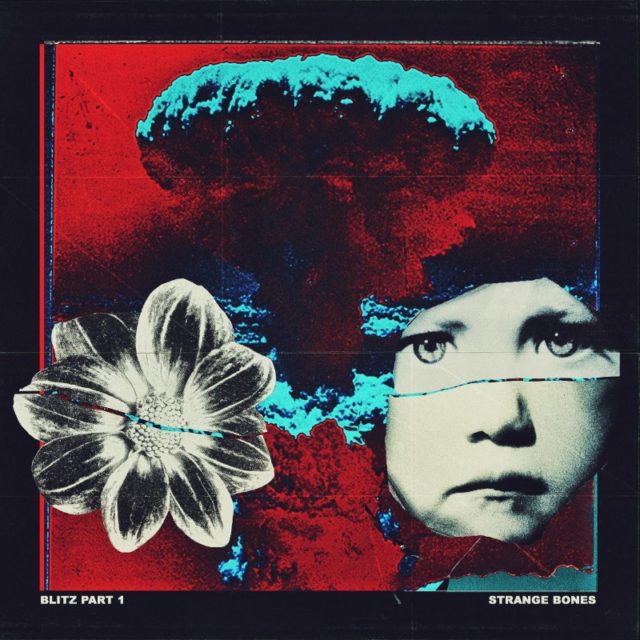 The Bentham brothers, Bobby, Jack and Will, alongside lifelong friend Stuart Newburn – aka Strange Bones – hail from Blackpool, the city that time forgot. Coming from a town that it is fair to say is no longer in its glory days, you would expect the kind of gnarly, aggressive punk that the quartet deliver with latest EP, Blitz Pt 1. What you may not be fully prepared for however is the eclecticism and experimentation on display in what clocks in at under ten minutes.

The band utilise modern electronica to bolster their intensity, with sub drops and throbbing wobbles pulsating through the æther into the listeners’ eardrums. Vicious begins with such an electronic deluge, with the cadence and pronunciation of the vocal line calling to mind Grime influence. As the chorus gives way we get a more traditionally heavy section, before returning to the synthesised serenade, there is something of a disparity between these two apparently conflicting ideas. But Strange Bones handle this genre collision with an impressive nous. Not perfect, but with an amount of bravery many bands could only wish for.

Give Me The Sun is a far more palatable offering and is for fans of Riot Grrrl punk or even Gallows at their lightest. At this point it’s almost a shame that the electronics have taken a back seat as, while the genre blending might not be fully on point, it is at the very least intensely interesting. This is not to say that Give Me The Sun is a poor track; it is in fact a riotous and melodious belter that will prove to be a hit at Strange Bones’ incendiary live shows. But it’s in 24 Calibre that we find things coming to a head and working at their absolute best. The electronics and heaviness are not juxtaposed, but instead collide head on and make for the most exciting moment of the brief EP. The opening gamut of percussion and throbbing bass draws to mind The Beautiful People, and the song itself had a bluesy goth disco feel. Going forwards, this attitude to writing should be at the forefront of Strange Bones’ method: Keeping the two aspects of their sound harmonious rather than separate pays dividends.

Despite its incredibly brief run time, Blitz Pt 1 is a wildly ambitious and generally successful release. There are moments that could do with tweaking and tightening, and perhaps the intrinsic approach to songwriting needs more thought, but really you can’t help but enjoy and admire it. It’s a scrappy bunch of punks who take myriad influences and have balls the size of Jupiter. Find another band quite as brave as them this early in their career if you can, because Strange Bones are in a microscopic league. We can only look forward to the following EPs to be released in due course for more from the quartet, as the ambition is sky high already. 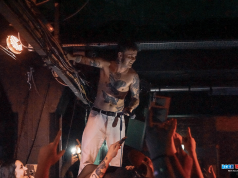