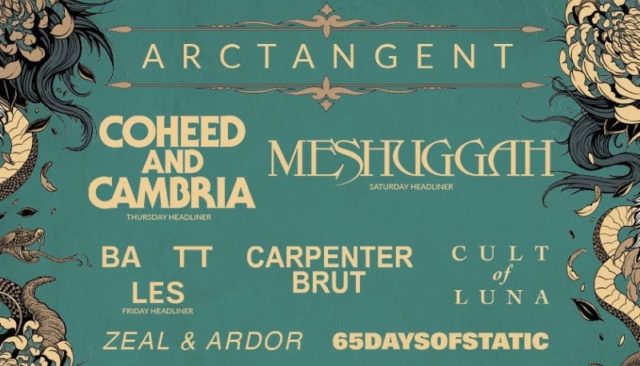 Straight from our man on the ground at ArcTangent 2019, Sam Savigny, here are the highlights of an excellent first day at the festival!

Administering a different form of potent emotion were Ithaca. Where The Beft traded in the joys of life, Ithaca expel the bile inducing rage of one thousand angry punters, which pretty much sums up their crowd. It’s hard to even enter the tent as they smash through material from the stunning The Language Of Injury, and the clenched fists raised in the air prove that they are doing something right and connecting with people in their socio-political observations. Their glitching hardcore absolutely batters everyone into submission at the PX3 stage, but it’s in the moments of subtlety that the band really shine. An excellent performance from a band on the cusp of real greatness.

The truly inimitable band who need no introductions, Zeal & Ardor, play an absolute barnstormer. Part Black Metal, part roots blues, all devilishly enrapturing and captivating the band, and mastermind Manuel Gagneux, bring their metaphorical hellfire to ATG to destroy all in their path in a rhapsody of satanic, elegiac bliss. Highlights include but are not limited to, Row Row, You Ain’t Coming Back and Fire of Motion, the latter of which sees the outfit in full on riff mode, while the former is the most bluesy the set gets and provides a huge singalong from the heaving crowd of onlookers. Even technical difficulties can’t dampen their impact. Their virtuosic ability doesn’t go unnoticed, and the audience is whipped into a frenzy by the set’s end, ravenous for more. Surely a future headliner in the making.

If you didn’t know which decade was Carpenter Brut’s favourite, you’d be pretty set on the 80s by the end of opener, Leather Teeth. Synthwave is back and Brut are leading the pack in terms of its popularity, and tonight they establish themselves as kings of the niche throwback. Heavy synthesised guitars, live drums and a lot of keyboards make for an experience akin to a schlocky slasher movie, as do the B movie visuals adorning the giant LCD screen behind them. Yes, the music is derivative of a bygone age, but when it’s so expertly executed and deftly played you struggle to care. Basically the ultimate party band outside of Andrew WK, it is a perfect way to usher in the later stage of the day.

Far more bleak and introspective were Pijn, another acclaimed band from the superb Holy Roar Records. Accompanied by three string players, their music has an extra level of dynamism, explosively moving from quiet reflection to huge, hulking post metal riffs all with a beautiful panache for musicianship. The set itself draws heavily from latest album, Loss, and is aptly morose throughout. It is a pretty much flawless set, marred only by a slightly muddy sound job making the strings sound less alive than they actually are, but honestly this is a minute criticism of an awe inspiring set.

Inflicting pain is something most humans try to avoid, but it is the raison d’être of Canadian noise rock merchants, Daughters. Their sanguine live experience strikes fear into the hearts of the mighty crowd that spills out of the tent, and the squalling feedback carelessly administered from Alexis S F Marshall’s microphone is piercing and unsettling. The set mostly pulls from 2018’s masterpiece, You Won’t Get What You Want, but delves into earlier material to break things up and keep the set vibrantly dark. The noise rock meets no wave goes down an absolute storm, truly disturbing everyone and everything in its path. Black of heart and pitch if soul, Daughters play with a scathing virtuosity and restrained chaos tagt goes unmatched across the day. 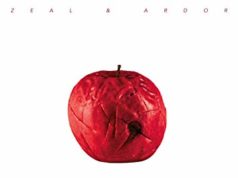