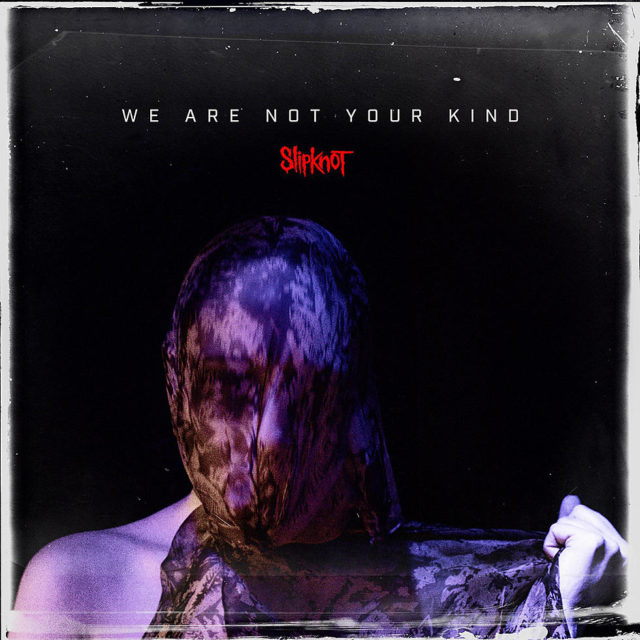 Overall Score: 8.5/10 Vocals: 9/10 atmosphere: 8/10 replay value: 8/10 Pros: A bleak and creatively rich album from one of metal's best bands. Cons: Some moments don't work quite as well in the context of the album

Destructive, Dangerous & Defiant. For 20 years Slipknot have wandered down a road filled with chaos, tragedy and cathartic triumph. It seems fitting that on the 20th anniversary of their groundbreaking debut they have yet added another chapter to their growing legacy, one that further cements their rise from disaffected misfits to the arena conquering metal heroes they have become.

I need to say this upfront and right out of the gate. We Are Not Your Kind is a weird album, full of skull crushing intensity and bizarre arthouse experimentation. If their last album 2014’s .5: The Gray Chapter was an extreme reaction to unfathomable loss, then this album is a mediation on the trauma of the pain the band has put themselves through both personally and in pursuit of this dream, as well as a summation of the people and band they have become in spite of it.

Slipknot have always been good at opening albums, that still holds true. Insert Coin hooks you in with its distorted hypnotic loops and the singular line of ‘I’m counting all the killers’ which see’s a reprise on the album’s closing track Solway Firth. As the intro fades out, the album begins proper as lead single Unsainted kicks off, showcasing Slipknot at their most anthemic and allowing you to settle in with something familiar before pulling the rug out from under you.

Birth of the Cruel is an instant classic that harkens back to the band’s debut. It features warped samples,a swirling storm of scratching married against a barrage of brutal riffs and two iconic lines from Corey Taylor in “Death of the fool. Birth of the Cruel” and “I’m all fucked up and I make it look good” this is perhaps the most snarling and vicious Slipknot have sounded in quite some time.

Nero Forte and Critical Darling are a thundering gut punch that attack from all angles. Nero Forte is one of the biggest songs they’ve ever put their name to and is sure to be a live staple going forward.Riding along on a hulking great riff with more bounce than a competitive space hopper competition, that makes it impossible not to nod along to.There is an eerie layered vocal under the main vocal that essentially has Corey dueting with himself in the chorus. It’s urgent, immediate and shows another layer to their creativity in crafting songs that are both bludgeoning and accessible.

Critical Darling affords Jay Weinberg his moment to shine, his drum work is front and centre and provides a frenetic backbone for the rest of the band to bounce off. Razor wire riffs, along with Corey’s seismic vocals meld together with the explosive percussion to ensure this is one track that won’t leave your head for a good few days.

We Are Not Your Kind isn’t solely concerned with brutality though. It’s dripping with morbid atmospherics too, from the two interludes Death Because of Death and What’s Next, the former revelling in tribal drums and eccentric electronics and a repeated vocal, that remains minimalist in it’s intentions but sounds much broader in execution, whereas the latter sounds like elevator music, which sounds crazy I know…but there is no other way to describe it.

Liars Funeral continues Slipknot’s trend of including melancholic anti-ballads on their albums. Full of  brooding darkness, it’s  stripped way down, featuring one of my favourite vocals ever from Corey that is fraught, raw and heart punchingly distraught.

Spiders is one of the stand out moments showing the more experimental side of what Slipknot do to perfection. It’s bare bones hinge on a really creepy piano and a thumping bassline.Haunting and unsettling it’s get under your skin for a long time after you finish listening.

My Pain sounds like the most fucked up lullaby you’ve ever heard. sounding like the brainchild of Trent Reznor at his most disenfranchised. It’s a very bizarre song that feels completely at odds with the rest of the album but gives you a very unique insight into the headspace they were in during the album’s creation.

We Are Not Your Kind is a tough album to get your head around. It’s not an easy listen and it won’t reveal itself right away.Instead  it will eat away at you, demanding your full attention and multiple listens to truly unlock all it has to offer. Layered in darkness it wants you to feel uncomfortable, to revel in it’s pain and go through the catharsis with it.

We Are Not Your Kind feels like the truest representation of who Slipknot are at this stage in their career. If their self titled album was the sound of nine fucked up outcasts spitting in the face of the world, then this is what happens when those outcasts inherit the same world they once seeked to destroy. 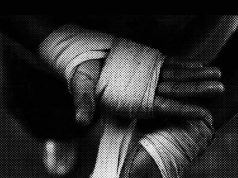