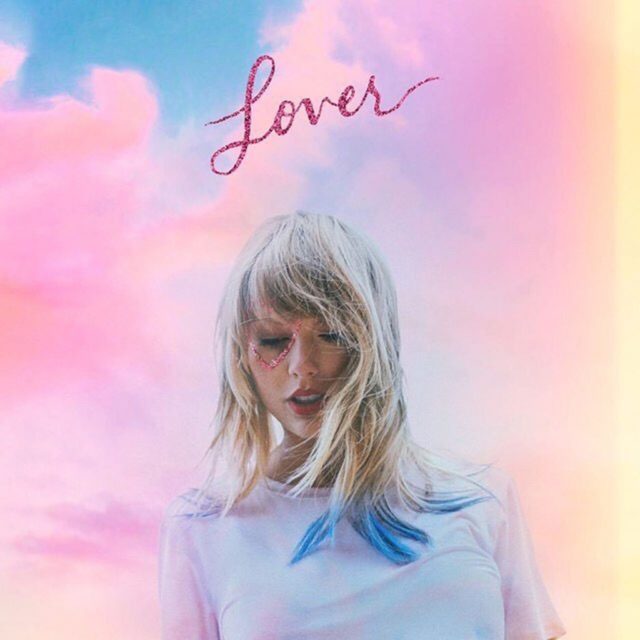 Overall Score: 9/10 songs: 9/10 production: 9/10 consistency: 8/10 Pros: Return to form after Reputation | Pure pop perfection Cons: Not all tracks work, could have been cut down a little

Taylor Swift has become a bit of a media circus over the last decade with a string of high profile lovers and feuds threatening to overshadow her musical career whilst defining who she is in the process.

2017’s Reputation was a major misfire that saw Taylor get caught up in playing the role of the media perceived villain she is often painted as. It was creatively bankrupt and a poor attempt at edginess, sacrificing musicality and emotion for a shallow narrative that nearly undid the goodwill she had built up with the sublime 1989.

On her seventh album Lover, she has gone back to pure pastel painted bubblegum pop. Serving as a sun drenched companion piece to the autumn tones of 1989.

Lover is full of youthful exuberance, big bright shiny pop melodies and revolves around the highs, lows and all of the anxieties and excitement that go along with falling in and out of love.

The opening salvo of I forgot you existed is snarky and snappy kicking off the album with a winking smirk, that sets the album off on a playful note.

The Man revolves around a beat that Haim will kick themselves for not writing first. It’s cool and confident, positing what the world would be like from a male perspective, you sense that this is in response to the media making Taylor out to be a bitch rather than praising her for her ambition in a male dominated industry. It’s one of the bigger earworms on the album that signals a turning point for Taylor as an artist in both the lyrics and overall delivery.

The title track channels Lana Del Rey in a slice of downbeat americana which tonally puts it at odds with the rest of the album, but again shows another creative string to an already impressive bow.

The real magic of this album can be found in the middle section. Paper Rings is one of the best pure pop songs that Taylor has ever put her name to, full of lo-fi pop fuzz and a wide eyed sense of wonder that can only be conjured up by the feeling of falling in love for the first time. Of all the songs on this album this will be the one that makes you want to grab your love and go dancing in the rain like dorks. It’s a perfect summation of true love in all of it’s many wonderous forms.

Cornelia Street is narratively rich, painting a picture of the fear we all feel at the thought of losing someone we love and having to face the things that remind that of that love long after it’s gone. It’s a light and airy song that coasts by on a simple melody carried by a passionate vocal full of whimsy and fragility that hits in the right places.

Death by a thousand cuts is a much more upbeat affair than the name would suggest. A simple drum pattern wrapped around a warm beat underneath twinkling keys and a beautifully layered vocal harmony. It’s an instant stand out and one that will surely be a future single.

London Boy is unsurprisingly the most British sounding song to appear here. It’s a classic boy meets girl tale and despite it being written by American songwriters paints a rather accurate picture of romance in the capital and nights out there, the music underneath reflects that, from a production standpoint it comes across more like something from Rita Ora or Ellie Goulding’s playbook.With that said it’s a fun song that shows a bit more of Taylor’s personality especially when using British vernacular.

Soon You’ll be Ok is a stripped down banjo and violin led ballad that is as emotionally raw as the album gets. It shows vulnerability and frailty while painting a vivid picture of trying to live a normal existence while someone you love is going through illness. It features The Dixie Chicks in a supporting role who enhance the song without ever pulling focus from the rawness on display.

The album’s two huge singles come later in the album and are two of the brighest spots in the closing third of it’s run time. LGBTQ support anthem You Need to Calm Down is another absolute winner from the cool as ice production, and Taylor’s biting and satirical lyrics that prove not only how clever she can be lyrically but also how funny while still conveying an important message.

ME!, The album’s lead single featuring Brendon Urie is a huge saccharine pop song that is musical candy floss, it will get stuck in your head for days on end. It’s the least Taylor track on here though coming across more like Panic At The Disco with Taylor in a feature, never the less it is more contagious than a student’s bed sheets and is one of the summers biggest tunes.

Lover is an excellent return to form from pop’s premier pastel princess, at 18 tracks it is a little too long and a couple of tracks such as Afterglow and False God don’t quite hit the mark.While it never hits the high standards of 1989 it is a near perfect album that not only rights the ship after Reputation but plays to all of Taylor’s strengths as a storyteller and musician while  reaffirming her place as the current reigning queen of pop.