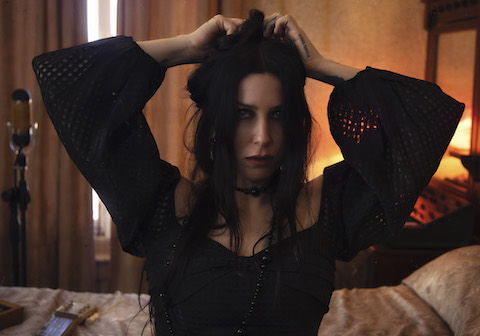 After a spellbinding performance at The Cure’s Pasadena Daydream Festival this past weekend in LA, Chelsea Wolfe is just one week away from releasing her latest album Birth Of Violence via Sargent House on September 13th.

Birth of Violence is a return to the reclusive nature of her earlier recordings where we see Wolfe withdraw into her own world of enigmatic and elusive autobiography. But the album also exists in the present, addressing modern tragedies such as school shootings and the poisoning of the planet.

On the song Wolfe tells us “Deranged for Rock & Roll” is my love song to music. Every time I ever tried to walk a different path, music always called me back home to it. It’s in my blood; it’s my one source of true peace. I love its chaos and its rough edges, and I love the way it can bring understanding and comfort. I belong to music, and it to me. I feel Gilbert’s video illustrates that unnamed pull towards something so well. My character is destined to sing the same song over and over in this purgatory of a desert bar, while different people come through the town and begin to feel the pull as well, drawing them into this vortex to stay for good.”

Video director Gilbert Trejo (Pixies, DIIV) says “From the beginning we knew this video took place outside of society. The melody invokes compulsion, a certain type of purgatory, the inability to just buckle down and fly the straight path. Everyone’s purgatory exists side by side, and we affect one another without ever knowing.” 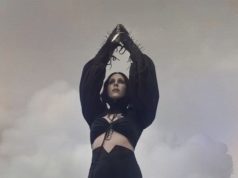