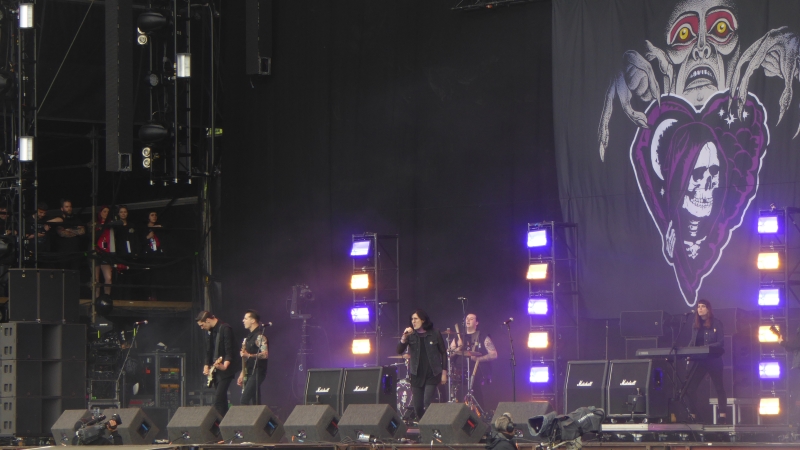 They’re baaaaccckkk….sort of. Creeper’s social media accounts are once again alive and well, and after some cryptic postings, a new live show by “Fugitives Of Heaven” has been announced for the 1st of November at London’s 229 The Venue. As well as from the official band accounts, all the members of Creeper have been tweeting the same thing.

To the surprise of no one who knows the Creeper fanbase, this show sold out pretty much instantly. Anyone who wants to get a ticket, we suggested subscribing to Twicket updates. We also recommend trawling Twitter nearer the date of the show. The tagline for the show is No One Forgives.

As yet, nothing else has been said, in true cryptic Creeper fashion. Whether we’ll get any more news between now and this show, or whether this show is merely the next piece in the puzzle that always comes when Creeper do anything substantial, only time will tell.