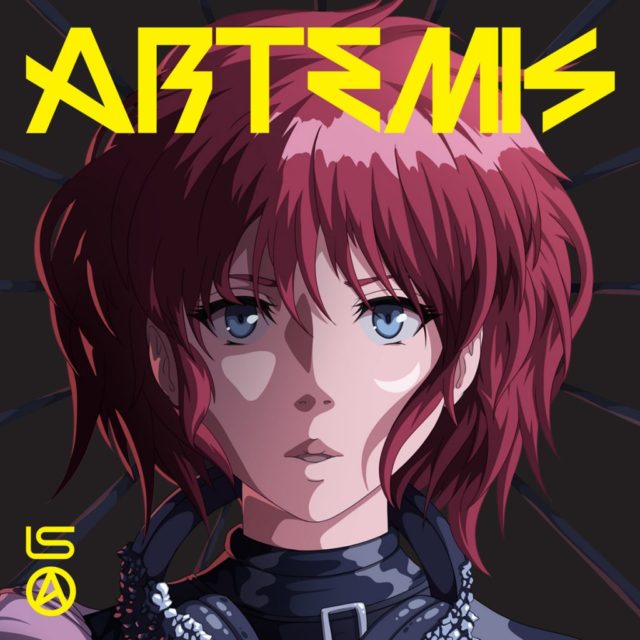 Lindsey Stirling is somewhat of a musical enigma. As a dancer, performance artist and violinist, she is a creative visionary. Like a lot of artists she seeked to ply her trade on America’s Got Talent before being rejected, but one could argue the last laugh is on her, as she has become more successful in spite of the rejection.

Artemis is her third album of original material and seems to be her most confident to date. Going into this album and familiarising myself with her music has been challenging to say the least. I’m not a musical person, I respond to vocals, lyrics, things I can relate to and connect with when listening to music. So being faced with an artist who works almost exclusively instrumentally has it’s rewards, but as mentioned it also has it’s challenges.

This is a mood album. It sets a tone and very much sticks with it. Primarily the songs are structured around the violin at the centre and built outwards. It’s the use of other instruments, beats and outside sounds that are added to layer up the tracks that really build the body of the album. The percussion, keys, and dubstep infused beats all paint a very specific unique atmosphere that doesn’t sound like anything else out there.

This album feels like a score to a film that doesn’t exist. It sounds alien in parts, ethereal in others. Mental images can be conjured and seen in the minds eye. You’ll imagine Hobbits at a Skrillex gig, or try replacing the Cantina band in the Star Wars with Deadmou5.

The genius of Stirling’s work lies in the mixing of musical pallettes to create a sensory tapestry for your ears and emotions.

Artemis allows your imagination to fill in the blanks for yourself and become the storyteller without someone else’s lyrics and emotional outpouring forcing your hand. Much like her celebrated collaboration with Lzzy Hale, this album features a notable central feature, and that is Amy Lee on Love Goes On and On.

On paper this seems like the most no brainer of collabs and works wonders for both artists. It allows Stirling to flex her musical muscle and Lee gives the album a shot of goth tinged melodrama. It’s a strong performance that shows her in full siren mode.

Artemis is far from a perfect album and with a sound as specific as Stirling’s there is almost a glass ceiling in terms of how far you can stretch things creatively without things sounding similar over the course of a whole album, and while it does lose steam a little towards the end, it is still a really strong album from an artist that seems to grow more confident with each new album, and is always looking to push herself for the sake of her art.