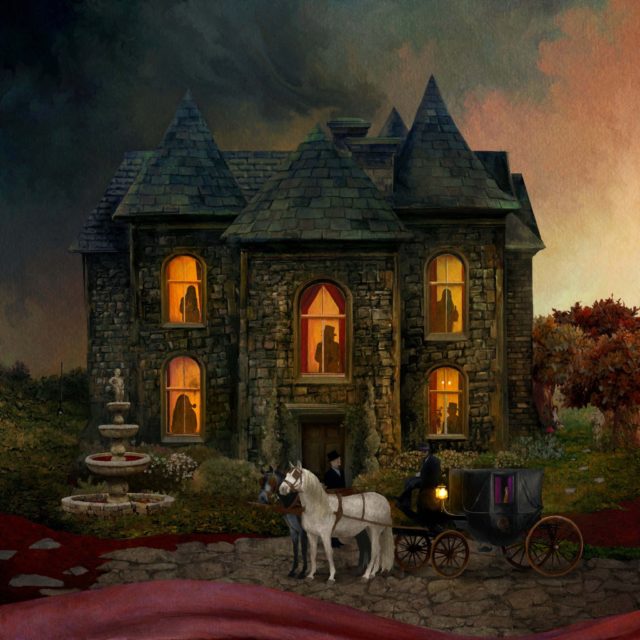 Opeth have always been a cut above everyone else. This is after all, the band that took death metal and infused it heart and brains, and took challenging progressive metal to Guardian readers.

They even reinvented 70’s prog rock in their own image, with varying results. This is a band that has always walked to the beat of their own drum, and paved a path entirely of their own design.

In Cauda Venenum is most definitely the most interesting album they have released since 2011’s Heritage and arguably their best since Ghost Reveries (my personal favourite) however, this is quite frankly one of their most bonkers offerings yet.

Presented in both Swedish and English versions for the first time in the bands career, allowing you to pick your poison in terms of listening experience, and while I imagine many casual fans will go with the English version for ease, it is the Swedish version that is the far more enriching and rewarding listen, giving the album a sense of authenticity and intimacy afforded by experiencing it in its intended version.

In Cauda Venenum is an album that attempts to marry the best aspects of Opeth’s career into a rich sonic tapestry, and for the most part it succeeds. There are moments on here that harken back to some of the band’s classic material. Heart in Hand is a lovely rollercoaster of track,starting with a thumping Iron Maiden style gallop featuring some blistering guitar work. It entwineds with their more progressive tendencies to blend both the heavy and the heartfelt into one beautiful 9 minute piece of art. Charlatan is another album highlight that mixes in the doomy guitars with the more organ heavy moments from their most recent work. It has a wonderful melody that it builds around, helping it to cut through the album, becoming a standout in the process.

There are some majestic moments of unyielding splendor here. Garroter is a fragile, emotionally fraught folk song that sends shivers upon shivers down ones spine. It’s one of the more awe inspiring tracks that Opeth have ever crafted. Proving you don’t have to be brutal to be heavy.

It’s often in the quiter moments where Opeth excel, allowing Mikael the chance to bring his lyrics to harrowing vivid life, especially in the native Swedish where the moments take on an entirely different life altogether.

In Cauda Venenum is a spellbinding album that is filled with some truly astonishing musicianship. It also has some interesting snippets added in with people laughing, joking and talking that lead into and end some of the tracks, which adds an extra layer to things. It feels almost as if Opeth are the house band in a Swedish folk tale or on some cases like they are band singing songs around a campfire, which adds something different to things and gives the album a certain vibe, that manages to draw the listener into their world.

Time will tell if In Cauda Venenum will go down as an all time great Opeth record, but as I write this it stands shoulder to shoulder with some of the bands best work and is the most inspired they have sounded in nearly a decade which means it is definitely more than worth your time.