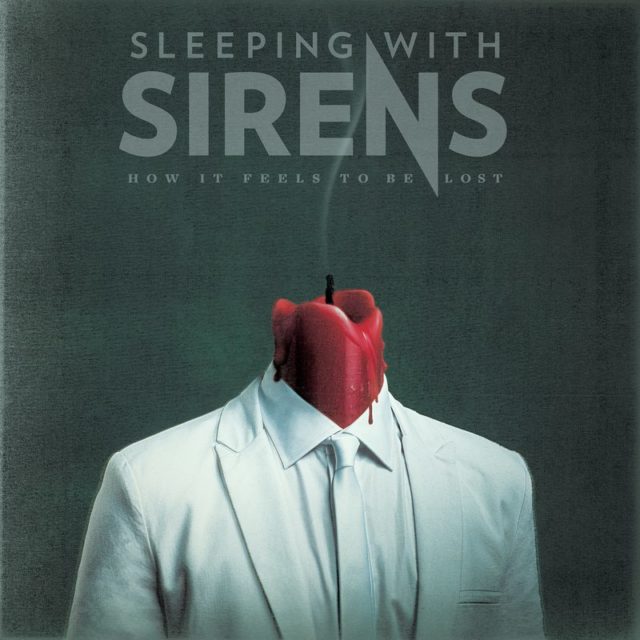 Sleeping With Sirens are a band that have never been even remotely on my radar. Obviously I am aware of who they are, as well as their impact on alternative music, but they have just never been my thing.

How It Feels To Be Lost however is a different ball game entirely. This is an album with some dirt under it’s fingernails, it has some maturity and heft to it. Kellin Quinn was clearly not having the best time when writing this record and it very much shows.

It’s heavy both lyrically and musically. Leave It All Behind sets the pace the rest of the album tries to follow. Grinding guitars, pained wails and defiant lyrics, it’s got a bounce and groove to it that kicks things off nicely.

There are some great moments on here that showcase where Sleeping With Sirens are at during this phase of their career. Never Enough is a sure fire crowd pleaser, featuring a cameo from recent tour mate Benji Madden who pops in to kick things up a gear.

Ghost has a widescreen scope that comes pouring out of the speakers and paints a stark picture of a relationship gone south. It’s one of the albums defining moments that provides a linchpin for the rest of the record to revolve around.

That’s not to say that the second half of the album falls apart. In fact it holds some damn fine moments in itself. PS Missing You, Another Nightmare and Medicine (Devil in my Head) retain the imbued heaviness that runs through this album’s veins, while retaining the band’s penchant for writing a killer hook (yes, I did go listen to some of their older material, before commiting to this album)

How It Feels To Be Lost feels like a rebirth for a band that until now had been pigeonholed as poster boys of a scene. This is the album that takes the boys and turns them into men. Older, Wiser and definitely stronger than before.