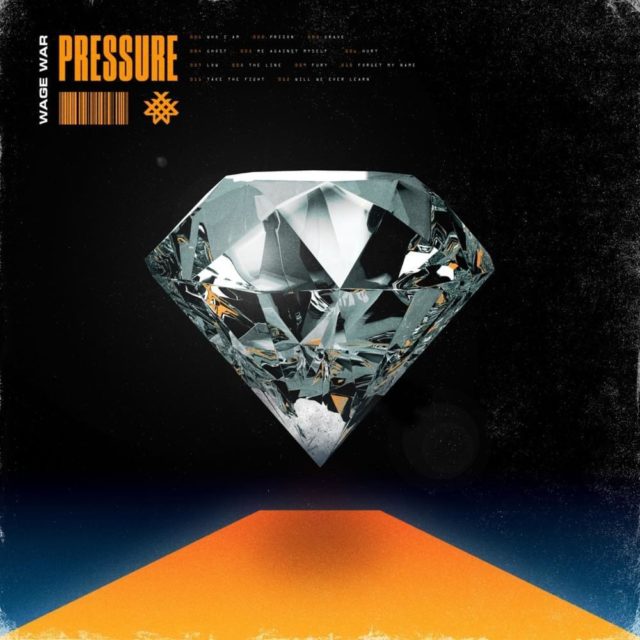 Every scene has bands that define it. That innovate, game change and take things to the highest level. On the flip side there are just as many, if not more bands that are just happy to adopt the scene, play their role and just fade into the faceless masses.

Wage War is a band that seems to want to walk the line. They clearly have designs on being a huge band, they just lack the imagination required to get them where they need to be. Pressure, their third album is so shiny and polished it almost seems a little on the nose that a diamond graces its cover.

This is metalcore by numbers, produced within an inch of it’s life, that brings nothing new to the table, and pretty much bungles the delivery across the board.

There are moments of promise. Prison is an aggro self hate anthem, that would have been a huge hit in the nu-metal era. Grave has a massive chorus that soars above the mediocre riff that lies underneath it.

Ghost, the albums heaviest track shows that despite what the rest of the album would suggest, Wage War do still have balls, even if they only come out in a fleeting moment. Low wholesale steals the riff from Doomsday by Architects, and tweaks it to the tiniest degree, they thought we wouldn’t notice, but we did.

Wage War not a bad band. They just seem to not know what they want to be, they are desperately in need of an identity. There are moments that hint that they could be something more, but as soon as the spark arises it’s quickly extinquished and they fall back into playing it safe.

Pressure isn’t the world album you will hear this year. It’s just insepid, uninspired and completely devoid of artistry, it will leave you cold and longing for something more