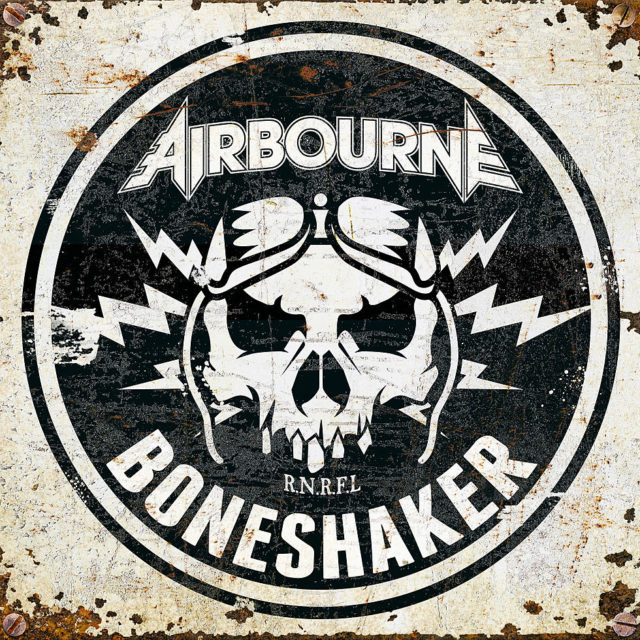 Let’s face it, just like AC/DC and Motorhead you know what you’re going to get with a new Airbourne record and once again on Boneshaker the boys from Down Under have burst out the gates with 10 tracks of rock and mother fucking roll reminiscent of the above bands’ peak.

Opening salvo Boneshaker and Burnout the Nitro, rip your face off at 100mph then This is Our City, slows the pace down to 88mph, but still pushing the overall album vibe that “great Scott, this is heavy”.

Deciding to record this album in Nashville with celebrated producer Dave Cobb has meant this album is devoid of the usual gloss and polish that is smeared over so many “rock & roll” albums these days. Instead the band have turned in an album covered with nothing more than spit and sawdust which almost sounds like a live rehearsal recording where some of it is so raw, you can almost smell the beer.

By the time Blood in the Water comes on, Joel o’Keefe snarling through the opening verse, it’s difficult not to be completely hooked and desperately searching the internet for tour dates and you can’t help but feel grateful to be granted a rest when album closer Rock N Roll For Life wraps up. it’s a blatant Let There Be Rock rip-off, including what can best be described as a Black Dog Barking reprise, but I can guarantee that is going to be an absolute belter when the tour kicks off soon.

At a running time of not even 31 minutes, it’s a shame the album is only 10 tracks long, but to coin a phrase, Boneshaker is genuinely all killer, no filler. Buy this album, buy a ticket, be happy as a pig in shit.

The new Airbourne album, Boneshaker, is released on the 25th of October 2019 on Spinefarm Records. Airbourne tour the UK in November, full listings and ticket details on this link. 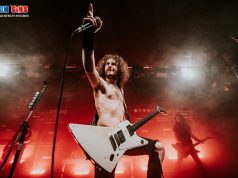 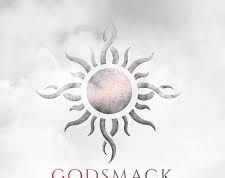