Entering Lucerne Studios in The Peanut Factory, Hackney, a concrete block roughly six feet long, three feet wide and eight feet tall stands solitary in the centre of the room. Emblazoned with the band’s logo and a message of positivity – the names of the two encased persons and a love heart – it’s certainly the one of the prettiest and most light-hearted tombs I’ve ever seen. Arriving roughly four hours into the twenty-four-hour event, spirits are still rather high. There’s whimsical chat in the room about the absurdity of the situation and most importantly laughter coming from the chamber. This laughter is generally coming form the ironic mundanity of the questions being put to the entombed parties via the live-streaming platform, Twitch. The buried alive twosome in question are Tom Marsh and Matt Reynolds, the formidable forces that make up rock and roll agitators, Haggard Cat. Why have the dynamic duo chosen to take such a seemingly bizarre course of action, you might be wondering. Well, Reynold’s statement regarding the event reads;

“Locking yourself in a box is a stupid idea. As is Brexit. It’s intentionally doing something we know is stupid and not in our best interests and puts us at risk. As touring musicians, we can see that the outlook post-Brexit is bleak, and potentially not even viable for developing artists. We really wanted to demonstrate our feelings on the matter and put across how isolating Brexit is going to be for everyone in Britain, but from our perspective as musicians in particular, by isolating ourselves physically with bricks and mortar.”

So, this is a form of artistic political protest. From a personal perspective, I’m inclined to agree with the Earache Records justification of the event;

‘It’s no secret that the current path Brexit is heading down is likely to have devastating disruptive effects on many trades […] the music industry, especially grassroots British artists, will feel a heavy burden from a no-deal Brexit.

Earache Records are a pioneering label and brand renowned for supporting artists using their unique voices to change the world for the better. Whether you agree with the intentions behind it or not, you must admit it’s a unique method of communication and a rather innovative one. Even if it is a bit David Blaine.

So, this stunt fully fits with the ethos of the label and feels like a sincere display of disdain for the current political climate. On my way to the studio, I did question whether this was just a cynically minded publicity stunt for up-coming second album, Common Sense Holiday, but seeing it in person, there is no doubting the authenticity of the band’s feelings. Combine this with their recently released shirt, all profits of which go to climate activists, Extinction Rebellion, and you would be hard pressed to doubt the band’s sincerity to this cause. 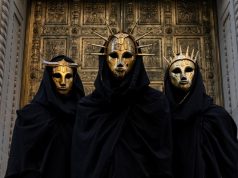 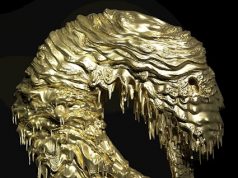