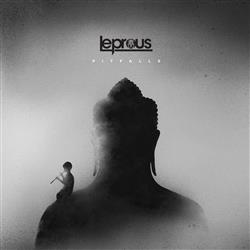 Plenty of bands want to evolve their sound. It is an admirable goal to not rest in the shackling restraint of the genre that birthed a project, but instead to coalesce different ideas, moods and feelings into something far greater. Metallica didn’t stay thrash for long, Converge progressed beyond being any other hardcore band and Opeth have seen a seismic shift in sound from progressive metal to a throwback to the golden years of Yes and Genesis. For Leprous, this evolution has been gradual and you can chart their movements from album to album. It feels as though the shift between previous record, Malina and latest effort, Pitfalls is the epitome of what they are aiming for; basically to sound an awful lot like long time touring buddies, Agent Fresco.

The process of Leprous’ evolution began as far back as their debut album, Tall Poppy Syndrome. Broadly speaking they fit under umbrella of progressive metal, with a reasonable amount of influence taken from luminaries, Opeth, but with enough personality and originality to set themselves apart from simply being a bargain bin version. Even here, Leprous were pushing the boundaries of their own sound, and for now the logical conclusion is Pitfalls, an album that has more in common with jazz bands like Snarky Puppy, or even indie and electronica than it does Opeth et al. The synthesisers that float ethereally around the landscape created by At The Bottom make this album a smooth, rounded affair that is pleasant on the ear while also containing intriguing time signature and rhythmic changes that pique interest and require further investigation through subsequent listens.

Riot Act Podcast described Agent Fresco as Sigur Rós meets The Dillinger Escape Plan. The gradual metamorphosis to sounding more like Agent Fresco that Leprous have undertaken is not a carbon copy however, as those Dillinger moments are absent from Pitfalls’ sound. There are no jagged or abrasive edges to the songs set to perturb and challenge the listener, though they retain an obtuse essence that one finds in progressively minded music. Leprous’ Sigur Rós influence here is at the forefront of their current incarnation, with lush and grandiose sweeping musical statements replacing the once somewhat metallic sound. Below features a gorgeous vocal melody that is infectious in its dexterity. Though not everyone will be able to sing along to the deft performance, it will find a rightful place in your head where it will implant itself whether you enjoy it or not. And really, that is the crux of this album; not every Leprous fan will enjoy it. Though not a wild or unforeseeable departure from their most recent output, their sound overall differs greatly from their initial works, substituting the harshness of metal for a bombast of jazz with the intricacy of both interwoven into the skilful record.

This album may come as a surprise to anyone not familiar with the entirety of Leprous’ oeuvre. It is a radical shift from Tall Poppy Syndrome, but for those intimately acquainted with or new to their sound, you will find that this is a natural stepping stone to Leprous’ final form. It feels as though their ambitions are not fully realised here as they do stray too close to other artists’ works – yes, Agent Fresco once again a point of clear comparison – and it’s as if Leprous are still searching for a unique identity. What they do achieve is beautifully well realised music that is delivered with panache, even if it does feel somewhat derivative, and given more time spent examining themselves and their own ambitions, they could go on to be a leader of their scene. For now, it is as if they are playing catch up with their peers, but they do so with laudable aplomb.