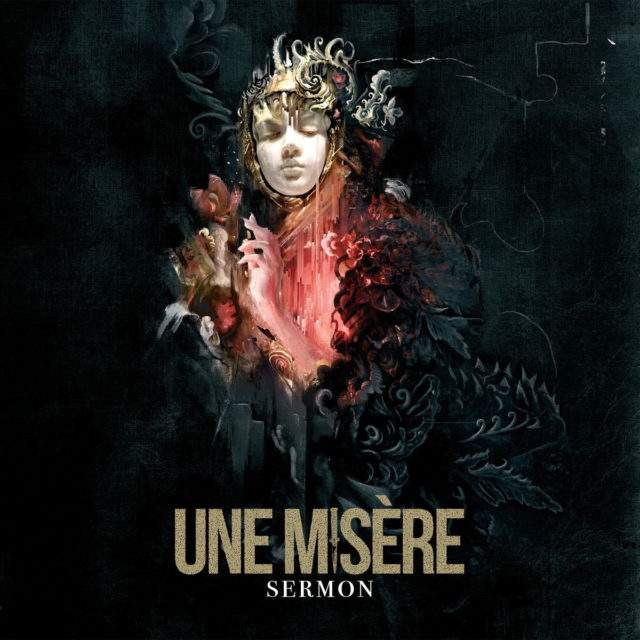 When thinking of Icelandic heavy music, a certain set of names crop up. Immediately bands like Sólstafir, Svartidauði or Misþyrming jump to mind and with them a claustrophobic, barren environment with music heavily focused on atmospheric textures. In these three examples we see post-rock, black metal and a murky sound dripping in occult intent. You’d be forgiven for thinking that offering three scene leaders would be all the Nordic island country could muster, but you will be pleasantly surprised to discover the country’s latest export, Une Misère, are a very different kettle of fermented fish.

Sermon opens with a sinister, diminished riff that has the lumbering intensity of Slayer’s South Of Heaven. It explodes into a cacophony of palm muted guitars and spidery riffing supported by a thunderous bass performance, while skilfully played percussion pulls the chaotic elements together. Jón Már Ásbjörnsson brings a muscular, Duplantier-esque roar to add an extra layer of brutality to proceedings and quickly the band establish a fully formed sound. Sin & Guilt is the opening salvo of a well-rounded band ready to unleash ugly artistry on unsuspecting listeners.

‘Sometimes you point that fucking finger// ’Cause you have no stones to throw’ growls Ásbjörnsson on the title track with a genuine disdain for the recipient of such a phrase. Lyrically the album showcases five livid men bound by tragedies and an internal struggle to find happiness in the suffocating shadow of mourning. This is reflected in the album’s artwork which drummer, Benjamín Brent Árnason, describes as “lady death […] [she] resonates as this beautiful, miserable thing”. This seeming disparity between beauty and misery lies at the heart of Une Misère’s music.

They are not an easy band to define. The likes of the title track, Overlooked/Disregarded and Fallen Eyes share much in common with metalcore – open handed riffs palm-muted within an inch of their lives and heavy breakdowns – but in Burdened/Suffering and the aforementioned Sin & Guilt, there are rich, dark textures of landscaping that imply the icy dread of their homeland. The harmonic interplay on Burdened/Suffering is Morello-esque as the squalling six strings swirl along the sonic highway into the listener’s head. Beaten however is bookended with heavy drum and bass style percussion and breaks into a modern hardcore beatdown interwoven with whammy pedal squeals. It’s not dissimilar to Virus://Vibrance by Vein, or indeed Eyeless by Slipknot, except with a blackened quality to the vocals that adds an unnerving aura rather than simply an assault on the senses. For an unfettered blast of beatdown aggression, look no further than Grave, a thirty-four second battering ram that serves as the album’s centrepiece. This band have many strings to their bow and aren’t afraid to showcase their prowess as songwriters.

With the one-two punch of Failures and Damages, the band find the epitome of their already well-formed groove. The former is perhaps the most introspective work on the record, with heavy focus on the search for sobriety – or rather the act of achieving sobriety. Ásbjörnsson particularly singles out Failures as being about “the first three days” without drugs in his system. The topics of choice are as heavy and real as the music the quintet play. Damages meanwhile pulls out a hidden grindcore influence as it moves from blast beats to staccato drum hits with aplomb, thrashing guitars atop the monolithically heavy percussion. It is a song built on rising pressure, building to a fever pitch as it crescendos into violence.

This album blends influences together with fierce panache. On first listen, it may simply seem like a heavy barrage raining down upon you, but subsequent listens reveal that there is more to Une Misère than being just another heavy band. They take a base layer of beatdown metallic hardcore and layer it with an atmosphere of the aforesaid barren landscape into which the members were born. It is an album battling with its own nihilism, searching for meaning in a harsh world. ‘Your lives are worthless and so are you’ may simply seem like hyper-masculine bravado, but in the context of this considered and world-weary record the phrase resounds as a battle cry against mediocrity and weakness of convictions. The album’s core message: No wound is too deep to heal.

Sermon is out November 1st 2019 via Nuclear Blast Records