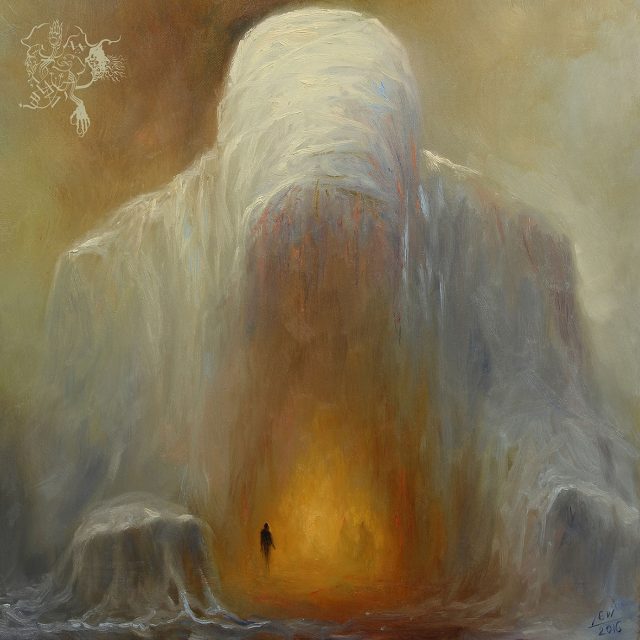 Black metal is the infernal stalwart of the heavy umbrella. The old reliable. Though turns have been taken with the genre, ideas expanded and explored, and sacrilege aptly performed, there is a comfort in black metal that you don’t find with just any subgenre. Yes, death metal has its signs, symbols and aural tricks, and hardcore – Code Orange aside – nestles itself into safe havens more often than not, but black metal has a consistency of tonality to it. There’s a Luciferian warmth to the homogeny of the genre. From the artwork of Walk Beyond The Dark, there’s a familiarity of the modern day’s fixation on colossal landscapes forefronted by miniature human frames as seen in the latest Abigail Williams release. What lies within will sate fans of Bell Witch, Wolves in the Throne Room and even Anaal Nathrakh.

Opening number, I Will Depart, is a scathing torrent of devilry replete with all the hallmarks of black metal’s best and darkest. Over the course of eight minutes you might wish for a touch more dynamism, but there is a curious sense of pleasure to the assault. The song itself isn’t totally absent of dynamic flair, beginning with a floating jaunt before launching into a triplet heavy gallop, meandering through heavily palm muted riffs that support the outfit’s vocalist, guitarist and all round mastermind, Ken Sorceron as he retches and gargles his hellish screams across the work. The song itself doesn’t go through as many differentiating sections as you might hope for in an eight-minute opener, only settling for some rhythmic changes rather than ones of mood or feeling, but is a valid and enjoyable way to open the record.

It’s in follow up track, Sun And Moon, that we get the dynamic interplay arguably absent on the predecessor. Beginning with an understated, lightly strummed motif the song quickly explores a theatricality that justifies the ‘for fans of Anaal Nathrakh’ moniker, with vocal harmonies between the clean and harsh running through the octave of choice with nous. It’s a mightily impressive duality. The song itself works its way through mid tempo peaks and troughs of quietness and deafeningly loud blasts and has all the requisite parts to make it a very proficient and varied BM track.

As the album goes on it is as if Abigail Williams’ confidence grows as songwriters. Every song is generally a slight improvement on the one before, with the guitar solo on Ever So Bold courtesy of Justin McKinney standing as a stark tonal shift from Sun And Moon before and Black Waves after it. Black Waves has a reflexivity to it that goes otherwise untapped on the record, beginning with ethereal, reverb heavy tremolo picking ala blackgaze luminaries, Alcest, before a melancholic cello – from guest musician Kakophonix – sets the scene for an altogether more introspective look into blackened music. The just-over-ten-minute track is a marvel within the record, and on first listen seems hard to top with its dexterous musicianship, but lo and behold, Abigail Williams keep getting better across Walk Beyond… with the album’s finale being the crowning achievement.

The eleven-minute denouement, The Final Failure, once again featuring Kakophonix, is the record’s best moment, feeling the most expansive and skilful Sorceron et al’s abilities can be. The most dynamic track on a relatively varied record, …Failure works through multiple movements, tonal shifts and tempo changes to make itself the most grandiose part of a decent album. It may stray closer to neo-classical with its solo section much to the ire of fans of the comfort of dyed in the wool black metal, but it speaks to a band willing to experiment with an at times rigid sound. The heavy use of acoustic and clean guitars may, again, provoke a sense of fury in kvlt fans, but this is not BM recorded in a biscuit tin, rather something expansive and borderline post- in its execution. It is a song that stands out on the record as, perhaps ill fitting, but most certainly as ambitious and performed with aplomb.

Walk Beyond The Dark is a record that grows across its run time. This makes repeat listens feel somewhat short-changing as going from the bombast of the finale back to the almost-drudge of the opener can make you feel like you’re listening to two different bands – one significantly less exciting than the other. However, there is a lot to love on this record. For a first listen it is a marvellously organic affair and will provide plenty of moments to rage to as well as lose yourself in. The longevity of the record is questionable simply due to its inconsistency, but this is a minor gripe. The abilities of the three piece are quite wonderful to experience, and Abigail Williams are definitely going to be ones to watch in what feels like the renaissance of blackened music. Perhaps with album six they can work out the kinks in what could otherwise be considered one of the great records of the year. With its dichotomy of the hellish and beautifully symphonic there is a great record in here, it just feels somewhat hampered by an inconsistency of vision and scope. It is more than worth your time, but how long people will keep talking about Walk Beyond The Dark after the album cycle is done remains to be seen.

The new Abigail Williams album, Walk Beyond The Dark is out November 15th via Blood Music