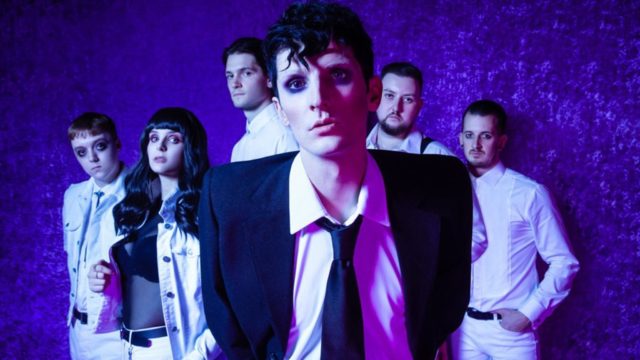 We long suspected Creeper’s “farewell show” last November was not all it appeared to be. Thankfully for lovers of the Callous Heart everywhere, exactly one year later they returned. After playing a blinding show at London’s 229 venue under the pseudonym Fugitives Of Heaven (which promptly sold out in seconds as everyone knew it was Creeper anyway), Mr Dan P Carter unveiled their brand new single “Born Cold” this past Sunday on the Radio One Rock Show. He liked it so much he played it three times in a row.

You wanna hear it, don’t you? Right-o. Enough from us. Here is the brand new Creeper single, Born Cold!

That’s not all. Creeper have announced their next live shows following the one off last week will be as support to Japanese megastars, dance-metal phenomenon Babymetal. You can catch Will, Hannah, Ian and the others with Su-Metal and co at the following dates:

Very limited tickets remain for the tour. Snap up the last tickets on this link.

Stay tuned to Rock Sins for further Creeper updates as and when we have them.