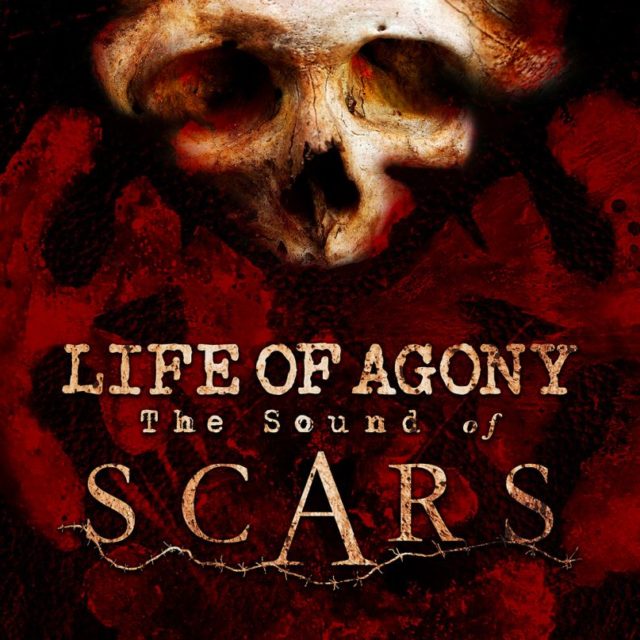 Overall Score: 8/10 Concept: 9/10 Musicianship: 7/10 Listening Experience: 8/10 Pros: Back after so long and it's almost as if they never left Cons: More stand out songs would have been nice

How do you follow up an album nearly 30 years old whilst maintaining credibility and making it sound like it belongs in 2019? Well the first thing you do if you’re Life Of Agony is have your opening song just repeat one line over and over and then only write another 9, padding out the album with what can best be described as cutaways.

You know what though? It WORKS.

Life of Agony present The Sound of Scars, the sequel album to their 1993 debut River Runs Red, picking up the story pretty much where they left off in 1993 and bringing it to the present day. It is expertly done and if someone told you this album had been put in a vault in 1994 and only just released you could be forgiven for believing them, such is the sound the band have managed to capture with producer Sylvia Massy.

The sombre vocals of the next track Black Heart carry the story forward while Lay Down, brings us to the next chapter, with tales of possessions not defining their owner and “the rest is up to you, there’s nothing left to prove”.

By the time album closer I Surrender comes around, the listener has been taken on a journey and the repeated line “there’s no faith and there’s no truth” becomes quite hypnotic, leaving you feeling like you really were part of that story.

Fans of the band and indeed any other post-grunge outfit will not be disappointed by this album and my only real criticism is I would have preferred more actual songs on the album. That said this album needs to be experienced to really understand it, simply reading about it is not enough, get out there and get it on your listening device immediately.

The new Life Of Agony album, Sound Of Scars, is out now on Napalm Records.