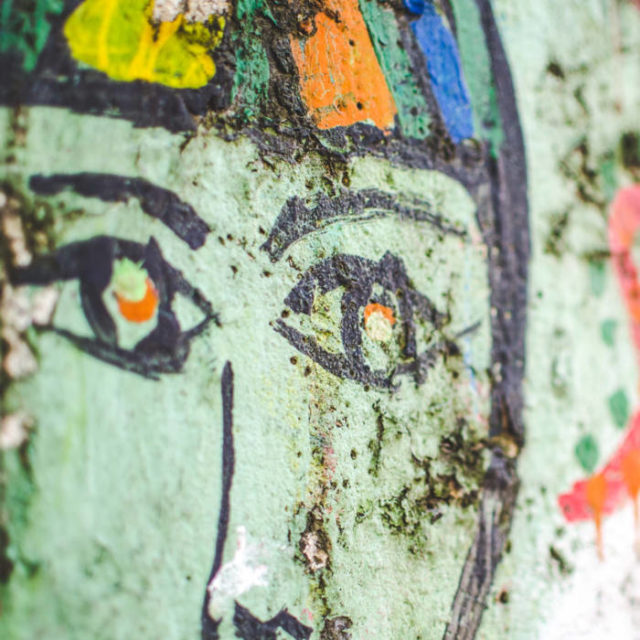 Back in 2017 Cambridge trio Psychic Lemon released their debut album, Frequency Rhythm Distortion Delay to rave reviews and it quickly became regarded as one of the best UK psych albums of the decade. (It’s about to get a re-pressing, check bandcamp, but be quick!). They followed it up last year with a live album, Live from the Smokehouse, and now seemingly hot on its heels comes the studio follow-up, Freak Mammal. It’s a wonder they have managed it, considering all that has happened to the band in the meanwhile. The untimely death of the band’s biggest fan, friend and landlord left one member homeless and the band without a H.Q. Now rootless, Psychic Lemon have persevered, determined to build on their growing reputation. Freak Mammal is very much a product of all this. It is a sonic stew of anger, confusion, inspiration and an unfettered, questing creativity.

Opening track ‘Afrotropic Bomb’ drops us straight into a maelstrom of Martin Law’s tribal drumming, Andy Briston’s squalling guitars and repetitive afrobeat keyboard motif and Andy Hibberd’s subterranean bass parts. In a way it does what it says on the tin – it’s Fela Kuti leading Acid Mothers Temple into battle. It sets the template for much of the album in that it sounds less linear than its predecessor. The songs on Rhythm Distortion Delay felt quite self-contained, with its clean krautrock lines, the songs are punchy and singular. Freak Mammal often sounds like a sprawling organic eruption, chaotic at times, but all underpinned with an incredible focus that points to the bands steely determination. During ‘Afrotropic Bomb’ a cowbell keeps appearing in the mix, beating a steady simple rhythm, trying to keep the storm contained. It’s a neat trick, the band reminding you that it’s all under control, this noise is all deliberate, curated, crafted.

‘Dark Matter’ again has clues in its title, being a sort of hypnotic, psych-doom metal epic. At over ten minutes long it is the song which perhaps most obviously reveals the bands scars. Again there is a sense of a battle, Andy B’s guitars, set on the most coruscating wah wah and fuzz pedal tones, dominate the mix like screaming jet fighters. There seems to be a nod to U2’s ‘Bullet The Blue Sky’ in its sonic make-up. It aims for a sense of giant scale, despite the dense, brow beaten rumbling claustrophobia it also achieves.
The other three tracks here don’t match the shock and awe of the two openers but certainly won’t disappoint fans of the band or any other discerning freaky mammals. ‘Seeds of Tranquility’ which weighs in at over 12 minutes is ruminative and meditative, with an eastern flavour. It sucks you in and has a calming effect, although if you listen fully you can feel the tensions and hear the threats of the jagged slide guitar parts under the Zen-like bass and percussion. Fans of Centrum’s excellent For Meditation lp will very much get where this is coming from.

Final tune ‘White Light’ feels like the work of band letting go of tensions and having fun, returning to the source. It is basically a Hawkwind-style hurtle along the cosmic highway, ripped to the tits on acid and speed. Yes, you have heard similar before but Psychic Lemon do it masterfully – check the melodic guitar lines that break up the de rigueur keyboard whooshing noises and marauding bass lines before the song comes to its hectic, crashing climax, the drum kit getting an absolute battering from Martin.

Freak Mammal is another fantastic release by a band who deserve to be taken into the arms and record collections of every serious pysch rock fan. It manages to cover new ground and celebrate this fabulous genre of music whilst also making a statement about who they are as artists and people. Psychic Lemon are on one hell of a roll, you better grab a piece of them whilst you still can.

Freak Mammal, the new album by Psychic Lemon, is out now. Get it now on bandcamp.