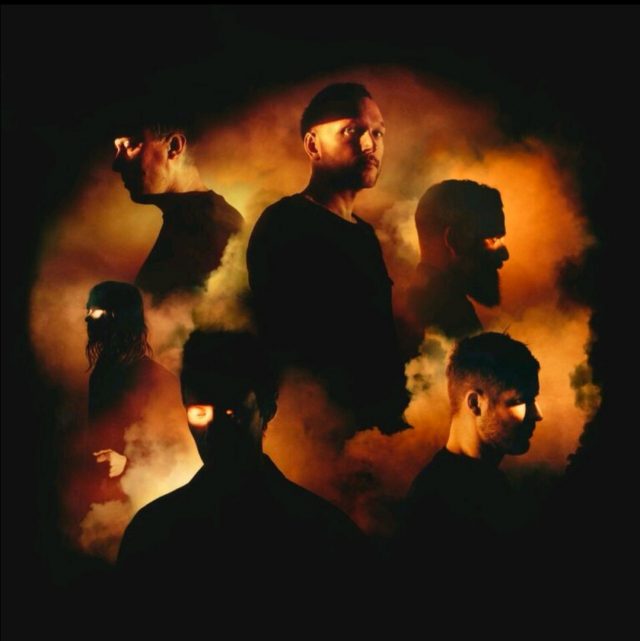 Whenever post-metal royalty such as Cult Of Luna come to town, it is always a special occasion. Even more so when the supporting cast is as impressive as it was on this evening in London.

It is a crying shame that the room is barely even a third full for A.A. Williams’ set. Opening with Cold her radiant and elegiac voice fills the cavernous Electric Ballroom with dulcet tones of melancholy. She and her supporting band play a blindingly good set of gothic tones enraptured in a sanguine majesty. The pin-drop quietness of much the set means you can hear the irritating people chatting despite the band’s captivating presence, but when the heavy guitars come in the dynamism is astonishing, catching everyone in the venue’s ears with a force to be reckoned with. [8]

Mostly playing material from the utterly stunning Nest, Brutus are on to a winner. Their set is one of transcendental beauty, moving from the likes of opener, War, to closer, Sugar Dragon with panache. With a host of impressive dynamics to boast, moving from the softly spoken to the all-out roared, the highlight is Stefanie’s (the drummer/vocalist) adaptation of the recorded material, allowing her soaring voice to reach heavenly heights with deviation from the on-disc material. It’s hard to knock Brutus on their worst day, and today they played an absolute barnstormer, replete with sing-a-longable melodies and crashing, veracious vocal hooks. [8.5]

Every dynamic plaudit afforded to the opening acts can be multiplied by a considerable magnitude to explain just how powerful Cult Of Luna are. Completely bathed in smoke and pale lights, the silhouetted figures power through a remarkable set of latter-day material with astonishing presence. Though there isn’t much to actually look at being that the band are entirely back-lit and move seldom throughout the powerhouse set, there is so much to latch on to in the heavy riffing of the likes of The Silent Man or the colossally muscular I: The Weapon. Musically, they don’t put a foot wrong; as one would expect from the luminaries of post-metal.

As the set ends on a run of In Awe Of, Passing Through and The Fall, you are reminded why it is the band are held in such reverence. The subtle interplay between instruments and virtuosic abilities that don’t eschew good songwriting for the sake of technical prowess lead to marvels of musicality, every lengthy song played feeling fleeting rather than a drag. Classic material from Somewhere Along the Highway and latest offerings from A Dawn To Fear mesh beautifully as if both are as road weary as another, and prove Luna’s dedication to perfectionism in their craft. An utterly stupendous display: One of dexterity and skill, but ultimately with songs that connect on a human level despite their ethereal feel, it is a triumphant set from one of Umeå’s brightest stars. [9]