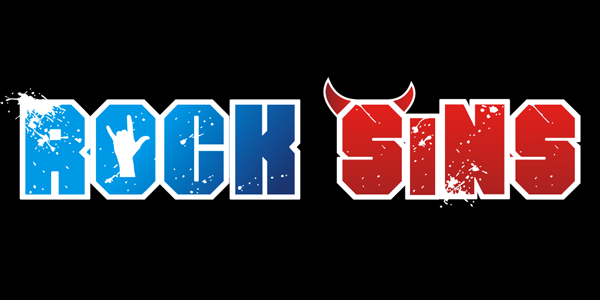 Good lord, it feels like only yesterday I was mulling over my 2018 awards for this esteemed site. This year has gone too quickly and you can feel free to insert other clichés about the passage of time here. Since 2015 it feels as though heavy music has been undergoing a second (or third) golden age and 2019 has been no different. With debuts EPs and LPs, second albums, live performances and festival sets that have rocketed into my best of all time lists, it’s not unfair to say that this may have been the best year of the decade. It’s certainly a close call as the last four have been world beating, so allow me to get on my soapbox to shout about the stuff I loved this year in my 2019 awards:

Song of the Year

Her Name is Calla – The Dead Rift

Winner: Lingua Ignota: DO YOU DOUBT ME TRAITOR

Choosing just one song out of a plethora of stellar music is not an easy task, so throwing caution to the wind I decided to go for the heaviest, most emotionally wrought, scarred, triumphant and deeply, deeply hurt artists of the year. It is a song from perhaps the heaviest album ever made. Not sonically heavy like Napalm Death or Godflesh, but emotionally weighty ad infinitum. DO YOU DOUBT ME TRAITOR is just one example of the emotional turmoil that Kristin Hayter, better known by her stage name as Lingua Ignota, has been through. It is not just a song, it is a survivor anthem. Someone who has been through hell at the hands of a vindictive and evil soul, and someone who has come out unfathomably strong, unbeatable and unbreakable. The dynamism of this song is astounding, starting with a tearful whisper and building to an operatic rhapsody based around a refrain of the hellish condition Hayter found herself in. It is a stunning, stunning song that needs to be heard by anyone with even a passing interest in music and the human experience. It is a distillation of everything important about art. It is the best song of the year.

Album of the Year

See my top 20 for a full list of runners up

Though picking the best song of the year was an arduous task, since the release of Caprice Enchanté, there has been no doubt in my mind that it would be the best record I heard in 2019. Punky hardcore wrapped in an eclectic package that sees a Welsh choir erupt into raptures on Carroll A Deering, it is a devilishly inventive record that throws everything and the kitchen sink in.The surprise appearance from auteur, Jamie Lenman as well as the heart racing exhilaration of Casanovacaine means thateverything about this album is intellectually stimulating and punk as fuck. Damien Sayell gives one of the great vocal performances of the year from shrill shrieks to baritone declarations of intent, while the band around him perform with a verve and apoplexy not heard often with such vigour. This is the best album of the year, without question. This may well be one of the best albums of the decade.

Gig of the Year

Deafheaven at The Electric Ballroom

Though you can read the full review here, the basics you need to understand about Daughters inexplicably triumphant show are that it was a violent, sanguine odyssey that battered through material from the stunning You Won’t Get What You Want as well as a few choice cuts from their self-titled album. It’s hard to find words beyond what I have already written about this show; a display of intensity lacking in so many other bands that cannot be faked or mirrored by any except Daughters themselves. They have in fact twice this year played a show that would make my top five ever. This event in particular may have even been the best show I have ever been to.

Festival Performance of the Year

Cult of Luna at ArcTanGent

As with the Daughters review, you can get a picture of quite how stunning The Armed were in our 2000 Trees review, but once again it must be said that it was the most impressive thing I have ever seen at a festival. From the blinding strobe lights to the audience massacre, with dexterous musicianship and unusual stage presence and the brutality of their off kilter hardcore, The Armed played the best set of 2000 Trees by a country mile. As I have already said, this was the best festival set I have ever witnessed, and makes my voracious love of the band’s material that much stronger.

Best Music Video of the Year

There could be only one winner. A video that takes the grandiosity of the most over-the-top band of all time and the surreptitiously deep lyrical narratives therein to a whole new level. Rammstein’s cinematic opus takes the condensed history of German culture, from the founding of the country to the Baader Meinhof and beyond, and turns it into a scathing critique of contemporary populism. It’s a savvy video filled with Easter eggs relating to both the band’s own history and that of their birth right, and it’s a beautiful experience. Perhaps not as cinematically cohesive as Radio’s video, it is an ambitious spectacle and cements its place likely the most expensive and definitely the best video of the year.

Most Disappointing Album of the Year

“Eh?! Rammstein?! RAMMSTEIN?! The most disappointing album of the year came from RAMMSTEIN?!” Well, yes. I am a Rammstein devotee, to the point where I am in the process of getting lyrics from Engel tattooed on my person. There are few bands I love more than Rammstein. And so it is with the most incredibly of heavy hearts – the kind of heart you get when a loved one tells you there is nothing between you any longer – that I crown Rammstein’s self-titled/untitled album not only the most disappointing record of the year, but the worst in their catalogue. The album is not bad, don’t get me wrong, the likes of Deutschland, Radio and Puppe are great tracks, but overall the songwriting is lumpen, overwritten and without a sense of intent. Some on the internet have claimed that this is a concept album and, whilst an interesting theory, it speaks to a necessity to be clever that eschews good songcraft that Rammstein have made their name in. Not terrible by any stretch of the imagination, and not the most disappointing thing that has happened in 2019, but my most disheartening album.

Band of the Year

In a year that has seen some debut EPs and LPs, sophomore records and live performances all of the highest order the thing that has warmed the cockles of my cold, withered heart most is perhaps the success of Mclusky*. To see a band who never got their dues the first time around reunite to sold out shows and a sub-headlining set at Portals Festival is a beautiful thing. Few deserve what Wales’ answer to Fugazi seem to be achieving this year more, and with undeniably classic and timeless material under their collective belts why shouldn’t success come their way? If you don’t know Mclusky*, now is a good time to stick on Mclusky Do Dallas and acquaint yourself with one of the United Kingdom greatest exports. You’ll be hooked half way through Lightsabre Cocksucking Blues.

Reformation of the Year

Rage Against the Machine

System of a Down

2019’s latter days were a watershed moment for reformations. While some bands are clearly doing it for the money, and one with well-intentioned political aims that will surely fall on deaf ears due to headlining Coachella, one band has reformed this year seemingly for the sake of artistic integrity, hopefully with the promise of new music on the not too distant horizon. I am of course talking about one of the greatest bands to ever grace the planet, with my personal favourite vocalist and rhythm section of all time making up three of the five members. Faith No More are back, and let’s hope it’s not as fleeting as the seemingly sparse touring cycle for Sol Invictus. I am yet to see them, but at the time of writing have just purchased a ticket for their Brixton show in 2020. See you there. It’ll be… *sigh* epic.

And with that I turn my back to the frankly stunning year of 2019. There have been stellar albums released this year in a myriad of genres – though it’s fair to say metal hasn’t had the best innings – and live events that have reordered and rejigged my top ten shows of all time. It’s been a musically phenomenal year and we can inky hope that the trend set by the latter half of this decade continues into the 20s. 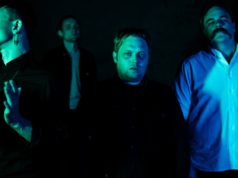