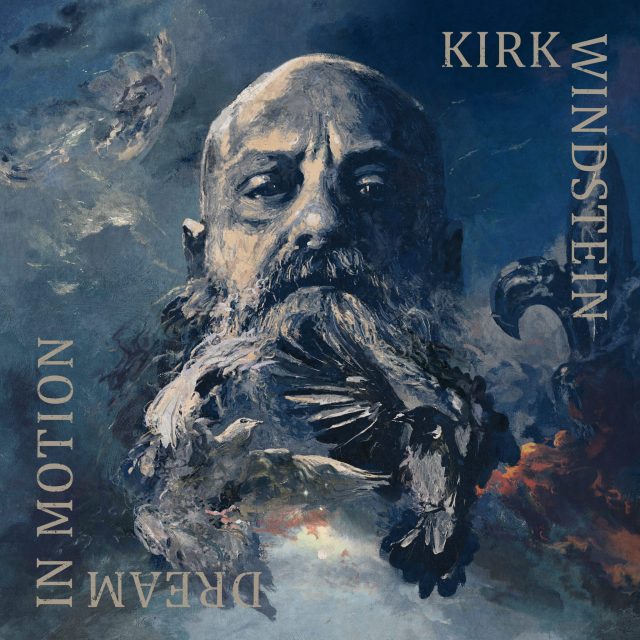 Anyone with even a passing interest in heavy music will know the name Kirk Windstein. He’s not a household figure in the same was as a James Hetfield or Dimebag, but is a hugely respected and vital cult personality through his work in Down and, more importantly, Crowbar. The sludge metal ambassador has had a storied and illustrious career with many phenomenal albums under his belt and has decided to make his first solo outing under an eponymous moniker. With all this in mind, there’s a significant amount of expectation going in to Dream In Motion.

The first thing that is apparent about the record is that it shows just how integral an ingredient Windstein is to his various projects. This album is a showcase of Kirk’s inimitable abilities and the strength of his musicianship – hardly a surprise to those of us paying attention – and is demonstrably a personal look at a titanic legacy. The opening title track bears all the sludgy, Sabbath-worshipping hallmarks of Windstein’s mountain moving six string prowess as well and moves between riffs with sublime ease. Nothing about the collection of songs here feels laboured or ancillary, just a lean slab of dirty dirges delivered with gusto.

Hollow Dying Man and Once Again are the opening of a display thatshows us Windstein’s phenomenal ability for balladry as he croons through two down-tempo tracks that show his sensitivity; something not always at the forefront of a project like Crowbar for example. These tracks lack some of the dynamic punch of the ever so slightly faster material on the record, but are assured to be real tearjerkers to those more acquainted with Windstein’s life and times, as will the sombre tracks Enemy In Disguise and Necropolis.

Really, aside from the title track, the album becomes a pensive run through Windstein’s bluesier side, namely his apparent sorrow. This a menacing rock record that has more to do with AOR than Windstein’s day job would allude to, but nonetheless is competently and well-crafted slathering worship of the riff. It will not satisfy all of his fans, but for those interested in Seals & Crofts or Gary Wright this record will prove a jumping in point for a career packed with dirty riffage and unique song craft. If this is Windstein’s only solo outing he can hold his head high that he has created something wonderful for classic rock fans, and frankly the prospect of more music from such an icon of heavy music can only be a good thing.