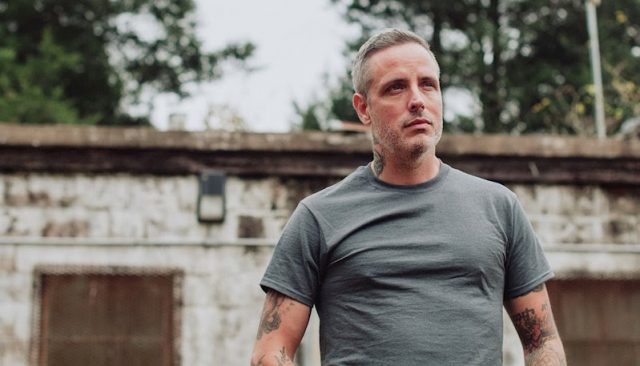 We are delighted to welcome a very special guest for the last instalment of the 2019 Rock Sins End Of Year Awards – Nathan Gray, frontman of Boysetsfire! Nathan has a brand new solo album, Working Title, being released tomorrow (Jan 31st). So what better time to get his thoughts over some of the music of the last twelve months, while also helping to promote his new album. Take it away Nathan!

Album Of The Year – Yungblud – The Underrated Youth EP

I’m gonna be honest, I’ve been following this kid for about a year now, and he’s one of my heroes at this point. He is the embodiment of everything the youth need to hear today “Fuck ALL societal norms”. fuck gender norms, fuck sexuality norms, fuck bigotry, fuck hate, Love like your life depends on it. The kid is pure joy and no fucks given. LOVE HIM!!! It’s kids like him who give me hope and it’s kids like him who are gonna change the world. He empowers his fans and gives them a reason to feel proud of who they are. His brand of pop is what punk should have always been.

Single Of The Year – Yungblud – Original Me

Well.. If I don’t say “Original Me” by Yungblud, I’m sorta making my album of the year choice look like a lie, right? hahaha. soooo… that. It’s a great song, and further spreads a message through pop music, kids today don’t often get to hear from whatever this world is trying to shove down their throats.

Avail reunion shows. Hands down… no band deserves the best gig award like those guys. They taught BSF how to tour. Nothing but love for ANYTHING Avail and Tim Barry do. Always and forever.

2019 Family First Festival will have to be my pick… Not just BSF but every band playing this year, and every single person attending. THE ENTIRE FESTIVAL. I am blown away that Boysetsfire has been afforded the opportunity to put on our own festival in Koln, and it will no doubt be the highlight of this year.

Music Video Of The Year – Friendship Commanders – What You Ravage

I first heard this song through a friend sharing the video. It’s not so much that the video is necessarily more spectacular than any other one in 2019, but the song is incredible, and gets stuck in my head and I cant shake it. Great lyrics, Heavy yet catchy and melodic… And since I first heard of them through this video, I’m going to thank this video by naming it music video of the year.

Most Disappointing Album Of The Year

I’m going to steer clear of this one. i made a decision some time ago to never give negative opinions about other bands, unless they were being harmful to others with their message. It’s just not fair for me to speak negatively about the art and passion of my fellow musicians. Only love. If you hear a message that promotes hate, bigotry, and greed in any band… THAT is the most disappointing album of the year. I fortunately am not privy to anything like that right now. I don’t pay attention to assholes 🙂

Band Of The Year – Antillectual

Antillectual… I love these guys. Great catchy punk with a message that refuses to be ignored. They have been working their asses of for years, not just to promote the band and increase their fan base, but to constantly and consistently express a political/personal perspective that demands love, hope, and empathy as a standard. Bands like that deserve promotion in this day and age, as they are desperately needed.

Writer’s Award Of Choice – Support Base Of The Year

Support base of the fucking year goes to my family, friends, and fans. I mean that sincerely and without hesitation. the folks who have brought me to this place deserve the love and respect of a THANK YOU SO MUCH whenever I am able to give it. Without my friends, family, and fans… I would have never made it to this place in my life. You are absolutely everything to me. Your support, love, and even gentle pushes in the right direction are so appreciated and respected. I carry you all in my heart every time I create music. thank you thank you thank you!!!

Nathan Gray’s new solo album, Working Title, is released on the 31st of January 2020 on End Hits Records. A variety of pre-order bundles can be found here. Nathan recently released a new single from the album, Refrain, which you can check out below: 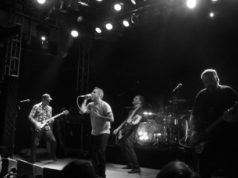 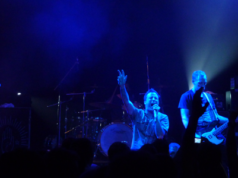 Boysetsfire Return To The UK For Two Summer 2012 Shows