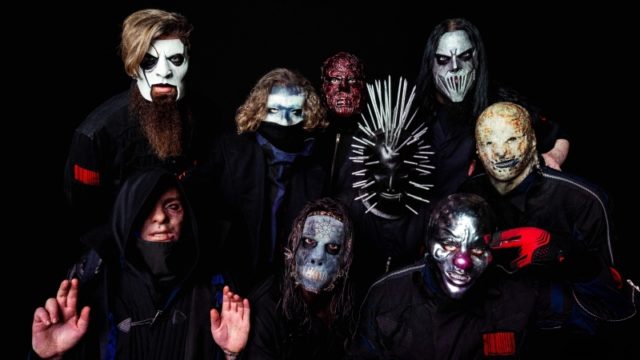 Opportunities for Slipknot fans to meet their heroes are generally few and far between. Even more so for UK maggots. But once such opportunity has just been announced.

Currently slaying UK arenas in the middle of their We Are Not Your Kind tour, Slipknot guitarist Mick Thomson will be making a meet & greet appearance through his partnership with Jackson Guitars at the guitarguitar store in Birmingham. Mick will be there at 6pm on the 23rd of January (tomorrow at the time of writing).

There are no wristbands for the event – it’s a purely first come, first served event. Those who want to guarantee meeting Mick should get down nice and early to secure their place in the queue. We don’t have exact details as to how long Mick will be at the meet & greet but he will meet as many people as he possibly can. More information is available on the guitarguitar website.

Fans are welcome to bring merch, instruments or albums to get signed. Mick will be very happy to talk to those in attendance about his own gear (anyone wanting a refresher on his signature Jackson Guitar should look at the Jackson website).

Slipknot continue their UK tour tonight in Cardiff, finishing up in Birmingham on Friday and London’s O2 Arena on Saturday, playing tracks from their newest worldwide smash hit album We Are Not Your Kind and many old favourites. Rock Sins will have a full review of the London show on the site early next week.

Slipknot will return to the UK in the Summer for the first ever KNOTFEST UK – taking place on the 22nd of August at The National Bowl in Milton Keynes. Tickets for KnotFest UK 2020 are on sale now from Ticketmaster