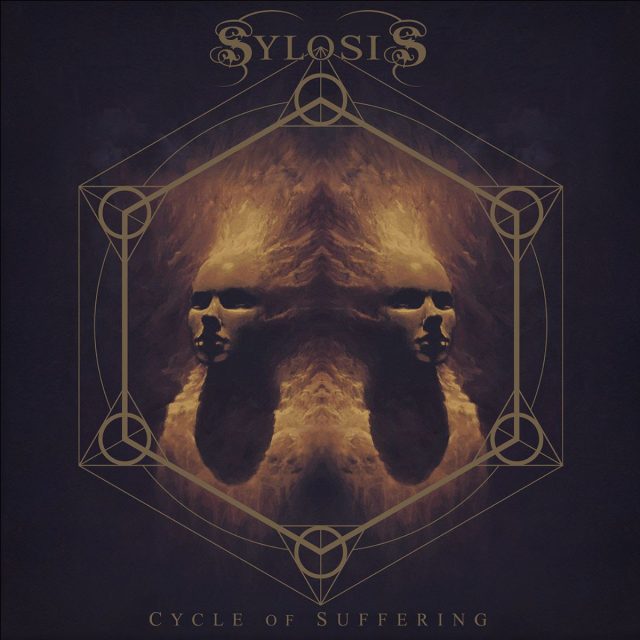 Overall Score: 8.5/10 Riffs: 9/10 Stand Out Tracks: 8/10 Musicianship: 9/10 Pros: Lives up to expectations | Technically brilliant | SO many riffs Cons: One or two more top level singles would have been nice

There’s a new Sylosis album coming. Those are words we’ve been waiting to write for almost five years, but ones it wasn’t clear if we would ever be writing again. Since 2016, with Sylosis’ creative mastermind Josh Middleton becoming part of Architects, first temporarily and then on a permanent basis, it wasn’t clear where his old band came into the picture. Rumours had been abound for a few months of new Sylosis music, and then just before Christmas, the announcement of their fifth album, Cycle Of Suffering, along with single I Sever was made.

Oh how we have missed them. From the opening onslaught of Empty Prophets, which ferociously threatens to blow out the listeners eardrums from the first bars, we are reminded for the first of many, many occasions why so many have clamoured for Sylosis’ return from hibernation. The album opener is a 3 minute refined blast of all the things that make Sylosis great. It leads nicely to the Cycle Of Suffering’s first single, I Sever, which is Sylosis refined with surgical precision. The riffing, which is consistently great throughout the album, the vocals, the mammoth chorus, the rhythm section, everything is at the absolute optimum level a Sylosis fan could wish for on this track.

With such an impressive beginning, one might expect the only way from here is down – but that is certainly not the case. Ali Richardson lets fly from behind the drumkit as Josh and Bailey rip their way through Cycle Of Suffering’s title track at an ever quickening pace. The album’s second single, Calcified, is slightly more methodical and darker, evoking memories of Fear The World from 2012’s Monolith, which is certainly no bad thing.

The fierceness of Cycle Of Suffering doesn’t let up in the second half of the album, and there’s some interesting variation that creeps in too. Invidia is straight up modern harsh vocalled thrash primed for the start of the new decade with a wonderful galloping guitar solo. Apex Of Disdain sounds as one might imagine it from the rather aggressive title; Dark and foreboding with more intricate guitar work and the cries of “Watch It Burn!”, it shows Sylosis don’t have to be ripping at 100mph to still be very effective.

Whilst they have always been a technically fantastic band, it cannot be overstated how much Sylosis have upped their game upon their return. Arms Like A Noose has a ridiculous number of complicated sounding sections across all instruments, and yet you get the impression its as easy for them as drinking a cup of tea. They change tack completely for the album closing Abandon, a song that perhaps takes a bit of influence from Josh’s time in Architects. Clean vocals are not something that usual enter the vocabulary of Sylosis but they’re used sparingly here to good effect, mixing with Josh’s usual harsh delivery. Combined with slow, soft instrumentation that builds to bursts of considered heaviness, transitioning further into a mainly instrumental piece that is incredibly atmospheric. Think halfway between Wilt by Holding Absence and The Call Of Ktulu by Metallica.

For an album that has been five years in the waiting and at least a couple in the making, Sylosis have firmly lived up to the high levels of anticipation for the Cycle Of Suffering. It is a truly triumphant return, one that should see them return immediately to the top tier of UK metal bands, hopefully at a higher position than ever before.

The new Sylosis album, Cycle Of Suffering, is released on the 7th of February 2020 on Nuclear Blast Records. Pre-order the album here!