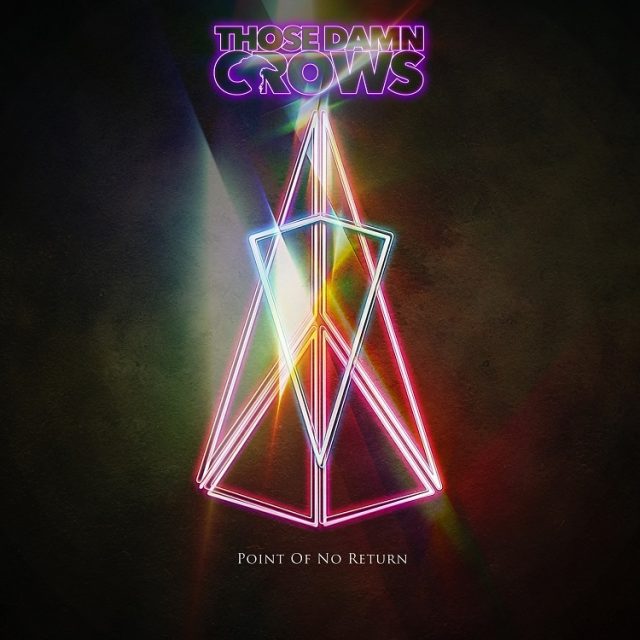 Having worked their collective arses off throughout 2019 – including THREE sets over the weekend at Download Festival – welsh rockers Those Damn Crows have kicked off 2020 with their sophomore album Point of no Return and what a monster it is.

Those familiar with the name will know what a rare treat the Bridgend quintet are, forgoing screaming and breakdowns for some actual rock and roll, singing and personality. Opener Who Did It picks up the baton from their debut album Murder and the Motive and leads the listener straight in to 13 tracks of catchy hooks, singalongs and predicted audience participation moments for the upcoming tour.

It’s a credit to frontman Shane Greenhall that he can tell a story as well as Kelly Jones without it being too obvious and leaving the tale open enough to be relatable, while the band just lock in riff after groove after epic chorus.

Sin on Skin is destined to be a crowd favourite live and Be You has a post grunge feel to it, without sounding like anything other than Those Damn Crows, but it’s on ballad Never Win where the band really flex their songwriting muscles. Opening with a piano and introducing Shane’s melancholic side, building to a hint of strings before the rest of the band come in at about the 2 minute mark (and it’s only 3 and a half minutes long). It’s a bold move for a 2nd album when the rest is so up tempo and solid, but one they pull off with aplomb.

Whilst the band may have more of a “dad rock” sound for some younger music fans, there’s no doubting the talent and energy possessed by the boys and if you’ve been fortunate enough to see them live, you’ll know they carry over just as well in that arena and are surely destined for big things.

This is a (relatively) new band that older rockers can get into and younger rockers can rock out to any night of the week, so catch them on tour in the UK right now, while they’re still playing venues small enough for you to afford the ticket for.

Those Damn Crows new album, Point Of No Return, is out now on Earache Records. Pick up the album in various physical or digital formats, or stream it now!