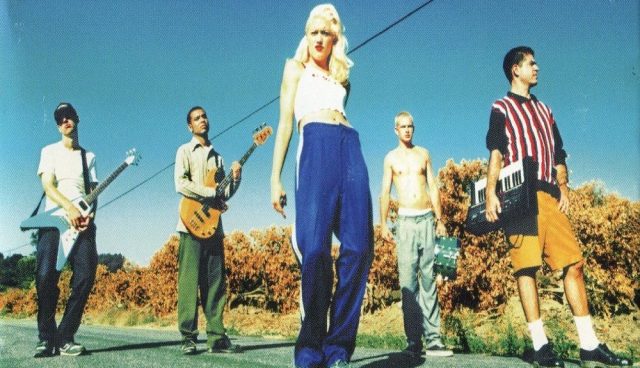 I can tell you exactly where I was the moment i heard Tragic Kingdom by No Doubt for the very first time. I was in France in a bunk bed in some sort of holiday camp on a school funded trip, having bought the album on cassette and a walkmen to play it on earlier that day. Little did I know that I would be listening to one of the albums that would change my life.

This is one of my go to albums when I’m going through any form of emotional crisis. There’s a running joke in our house that if i’m listening to this album then something is probably bothering me. I’m still convinced to this day if I have a spirit animal then it is Gwen Stefani.

Gwen has always been and will always be the linchpin of what makes No Doubt such an important band to me. The first thing that drew me to the band was her voice, then her lyrics, especially on Tragic Kingdom where she is at her most vulnerable and raw. When you look at the songs on this album Spiderwebs, End it on this, and the mega smash Don’t Speak, you really get to the essence of who Gwen is, and how she copes with the things in her life. Even a more overlooked song like Sunday Morning which was written about an argument she had with band mate and then boyfriend Tony Kanal from opposite sides of a bathroom door has a hint of sadness to it, even in it’s overall brighter outlook.

The fact she was able to create such iconic material from such a deeply painful and personal place and then perform it to and with the person responsible for it, is a testament to her strength as a person and an artist. Gwen Stefani writes from a fiercely female perspective, none more so than in tracks like Excuse me Mr? and Just a Girl with their sardonic, sassy and punk as fuck edge taking aim at anyone who wants to belittle her or her worth just because of her gender. Whether it’s in the sorrowful moments or the most upbeat, take no prisoners moments, there is never a second on this album where aren’t invested in every word that is being sung and you aren’t completely caught in the emotions conveyed in that moment.

There is a level of intimacy on display on this album that felt like it was missing from the albums that followed it. It seems redundant to call this album The Gwen Stefani show, but this truly is the one album of No Doubt’s that has the most of her DNA all over it. This was the moment she emerged from her cocoon and became the ass kicking powerhouse she would be moving forward. And even though it they parody the media’s obsession with her and neglect of her male band mates in the Don’t Speak video, it was a very real thing. This album may have made No Doubt a household name, but it also made their frontwoman a global superstar in her own right.

Even away from the studio and in front of the live crowd she is one of the most captivating performers around. I’m not sure there are many artists that could get an arena full of men to chant ‘I’m just a girl’ as loud as they possibly can, then tell they same audience it wasn’t enough and still get a rapturous applause for it

Tragic Kingdom is a timeless, emotionally resonant album, that even though it is written in a female voice, it is relatable across the human spectrum, it never talks down to its audience and it has themes and lyrics than anyone and everyone can find something in. It elevated No Doubt to the headiest of heights and took them out of their darkest moments and into the brightest of lights. It made Gwen Stefani a globally recognised Icon and gave women the world over a new hero to put their faith in.

She empowered women to know they can be vulnerable, be emotional, be their own style icons and live their lives on their own terms, but she also gave them the strength to know they could also kick someone’s ass if they needed to and being a woman and everything that goes along with it absolutely is a privilege, that people shouldn’t take for granted.

She has had a hold on my heart and my emotions since the first time I ever heard her voice and that hasn’t waned over the last 25 years. Tragic Kingdom to this day remains in my top 5 albums of all time, and as my wife will likely attest to, it still gets played far too much in our house. But without a doubt Gwen Stefani and No Doubt have had a huge impact on my life and one that will last a lifetime. 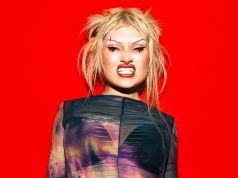 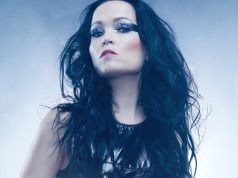 From The Imagination To The Heart: In Celebration Of Tarja Turunen