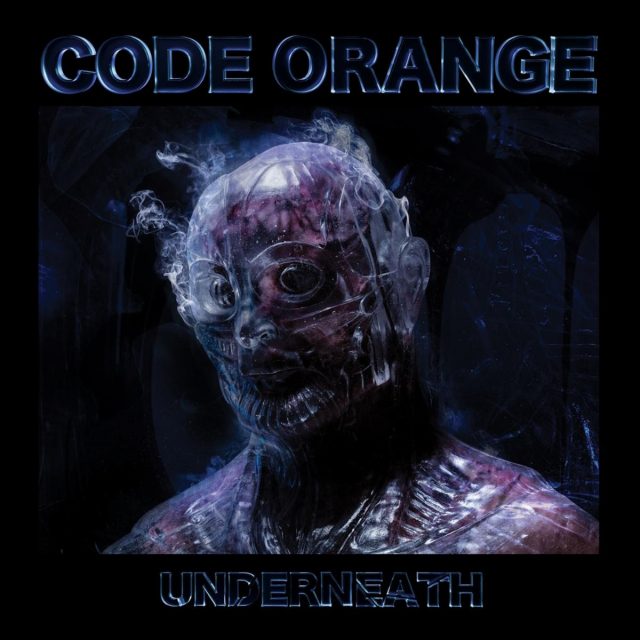 Overall Score: 10/10 Songwriting: 10/10 Instrumentation: 10/10 Innovation: 10/10 Pros: An album so deviously complex it will take years to fully dissect | Heavier, more melodic and more introspective than its predecessor | Stunningly, better than Forever Cons: Absolutely nothing. This album is perfect

Forever. An album you will likely know that blew a hole in the oeuvre of heavy music the world over. With their second/third album (the first being released under the moniker, Code Orange Kids) Code Orange instigated a systematic changeover of the guard and altered the face of hardcore forever. Forever came crashing into the public consciousness in January 2017 and things have not been the same since. In the UK in particular, hardcore bands have embraced the industrial edge that made Code Orange stand out from the crowd. The glitching, writhing mass of heaviness that constituted the record has been aped by countless outfits in the heavy scene, but never bettered, only mirrored at best. If you are reading this, chances are you have read either Metal Hammer or Kerrang!’s glowing praise for Underneath, and there has been an air of cynicism around their decision to award the record maximum marks. Code Orange are inarguably a buzz band of the day so ever likely they would receive slathering praise for their work, but both writers in this instance have no bias and iron fortitudes, and most importantly, Code Orange have done the impossible. They have bettered Forever.

From the eerie opening swathes of electronic noise that make up (deeperthanbefore), this album sets out its esoteric stall. It’s not going to be for everyone and there will be plenty of naysayers due to the ever-increasing popularity of the Pittsburgh outfit, but to deny the mastery of creativity of the record is to admit you have no critical faculty. Its ambition is staggering and while the execution is an acquired taste, this record begins in sterling, unsettling fashion. The child-like voice echoes out into the abyss… ‘Let’s take a good look at you…’. Then, the brutality begins with second single, Swallowing The Rabbit Whole. The shuddering mass takes hold instantaneously with its lush washes of piano that creep around the track, inflecting the subtlety and class with which Code Orange compose themselves while now-frontman Jami Morgan commands your attention with his slasher film, bestial screaming. But Swallowing… is just a taste as to what’s to come from this sublime piece of work.

Whether it’s the incredulously heavy In Fear, the dexterous, pinch harmonic lead monster that is Erasure Scan, the early-Slipknot stomp of Last Ones Left or the hulking awe of Cold Metal Place, the record is a cut above the planetary heaviness of the preceding album. Underneath is a leaner, tauter, more ferocious monster than its forebearer, but its impossible weight is juxtaposed stunningly by the Reba Myers lead melodicism of Sulfur Surrounding, Autumn and Carbine and A Sliver. Every song on this record could be your favourite, and it’s likely that the one you select as the “best” will change several times over the course of multiple listens.

The industrial backbone of the record does echo Nine Inch Nails, but to simply call this NIN for a new generation is reductive. There are shades of Type O Negative, hardcore, rock, metal, rap and noise all coalescing to make this album the masterpiece that it is. There are influences as far reaching from hardcore as JPEGMAFIA or clipping. on here, and while the Nine Inch Nails and Type O comparisons make for easy fodder, this record will be dissected, pored over and discussed for years to come. To call this album simply hardcore is insufficient. Code Orange are now their own entity.

When bands talk about their new records in the press cycle of promotion, they always promise heaviness, melody and soul-searching. Code Orange actually achieve all of these things. Do you want a bludgeoning slab of battery? Do you want huge sing a long choruses? Do you want music that breaks the mould? Music that dares to push beyond limits. Music that is as ambitious as it is stellar in its final form. You want Code Orange, and you will not be left wanting after even one listen to Underneath. Truly, Code Orange is forever.

The new Code Orange album, Underneath, is released on the 13th of March 2020 through Roadrunner Records. The album can be pre-ordered physically and digitally now in a variety of formats. 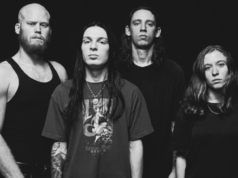 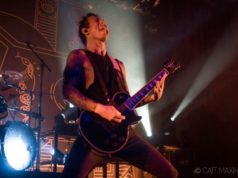