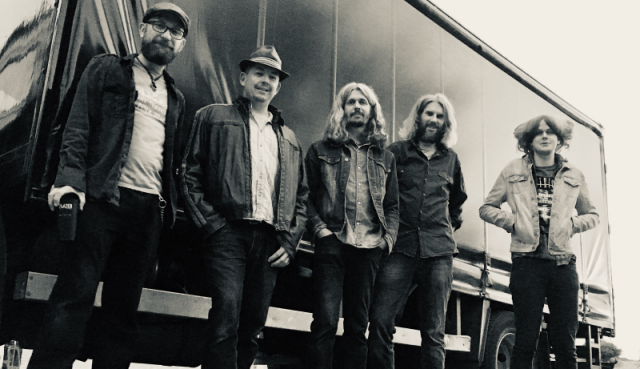 In the early to mid 00’s – Wimborne rockers Clams were a band on the up. With the band set to be signed to Scratchy Records (that of James Iha of Smashing Pumpkins fame) and having played with the mighty Audioslave at Brixton Academy, they were gaining considerable support from the rock press and all looked rosey for their future. As is often the way in the music industry, some poor decisions were made by some advising the band, the label signing never happened and eventually they went their separate ways with the band spread out around the UK.

After a decade apart, Clams started rehearsing together again in 2018, and today Rock Sins is very pleased to present the first musical output from the band since they reformed. Their brand new single Come Back Home, which is a wonderfully upbeat slice of garage rock, comes ahead of their first album in a decade, Stone Lane. You can check out Come Back Home below:

Clams’ new album, Stone Lane, will be released on the 3rd of April 2020. The band will celebrate the albums’ release with a hometown release show that night at The Anvil in Bournemouth.

Discussing the upcoming album, frontman and guitarist Rich Peacock had this to say:

we’re the most “on it” we’ve been as a band right now and it feels great, the album has taken us forward to somewhere we didn’t think we could go. We have expanded the line up and expanded our horizons but still retained the essence of what Clams are all about – rocking out!

Clams can be followed on social media at the following links:

You can also stream Clams on Spotify!