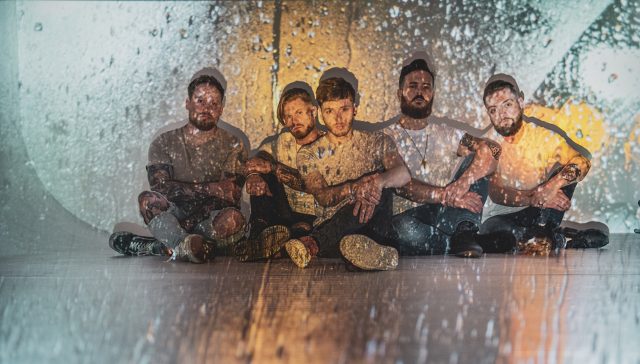 Wars have announced the production of their second album, A Hundred Shivers, which is due to be released in 2021. While that may seem like quite a long way off, you won’t have to wait long for new music as the first instalment of the album, includes two tracks, Only Monsters and A Fog Of Feeling, both of which were released today under the collective title Chapter One.

Speaking of the decision to release the album in chapters, vocalist Rob Vicars said: “It means we can wrap all our little communications around each individual selection of songs really tightly, and be creative in a tonne of different spaces, all over the course of this one record.
“To get to release what we’ve been working on, and even what we will be working on, over the course of this record, to be able to just keep putting this out as a persistent thing feels like the perfect complement to the way we write and create.”

A Hundred Shivers is being produced by Matt O’Grady, who has also worked with the likes of Architects, Don Broco, Deaf Havana, and You, Me at Six.

Watch the video, (filmed by Rock Sins photographer Matt Higgs) for the new single Only Monsters below:

Wars will be heading out on tour in May supporting Area 11, tickets are on sale now and available to purchase here.

Listen to both Only Monsters and A Fog Of Feeling below: