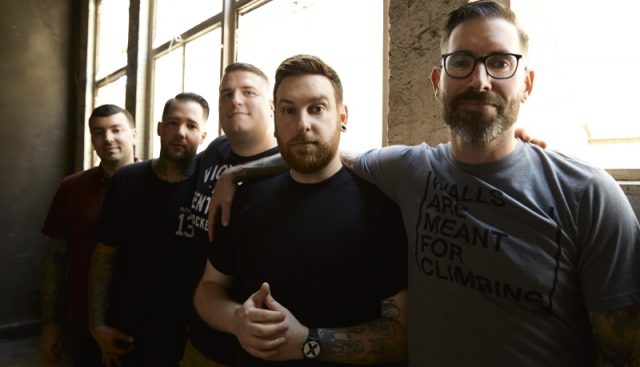 As far as comebacks go, you do not get more emotional than the return of The Ghost Inside. The band, who have been working towards this day ever since the fateful bus crash they were involved in in late 2015, are overwhelmingly delighted to present their first new single since then, the anthemic and emotional rollercoaster that is Aftermath.

The music video for Aftermath is especially poignant, as it includes footage of not only the rehab of the various members of The Ghost Inside (particularly drummer Andrew Tkaczyk learning to drum again after losing his leg in the accident), but their comeback show from last year. It also includes frontman Jonathan Vigil returning to the site of the accident to perform part of the video – every element of the video emotional in different ways, both for the band and their fans. Check out the video for Aftermath here:

We went into the writing process knowing full well that every song and every lyric would be influenced by what we’ve been through, but we tried our best for them to be relatable to everyone. With Aftermath we let it be much more personal – this one is us telling OUR story. So when it was time to choose a first song to share with the world, it felt right for it to be Aftermath. It allows anyone that listens into our world, but it also lets us put final punctuation on that chapter of our lives. Aftermath is a total catharsis for us. We let it all out in the song so that it’s not bottled up inside us anymore and we can heal and move on, since after all, the beat goes on.

Aftermath will be the first single from The Ghost Inside’s new self-titled album, which will be released on the 5th of June 2020 on Epitaph Records. For the new album, The Ghost Inside worked with producer Will Putney and their good friend Jeremy McKinnon (frontman of A Day To Remember) to craft, in the bands’ own words, “11 songs of determination, deep resolve, reflection, and newfound hope”. Pre-order details for the album are available at the band’s official website. 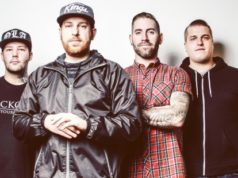 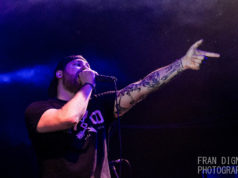 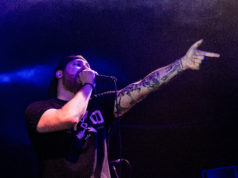