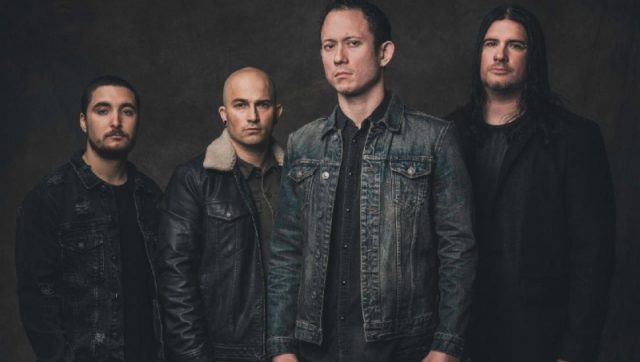 Ahead of the release of their ninth studio album, What The Dead Men Say, next week, Florida metal favourites Trivium have dropped the heaviest track from their new album as their brand new single!

Titled Amongst The Shadows And The Stones, this is Trivium at their ear melting, neck splintering best. The heaviest track from What The Dead Men Say, this is one that is sure to fire up many a festival crowd once we are all allowed to gather at such events once again.

Listen to Amongst The Shadows And The Stones here:

“The inspiration for the song started when a war history website that I follow posted a story of a soldier visiting the graves of his fallen comrades and he described it as walking ‘amongst the shadows and the stones. The first thing I came up with was ‘The ghosts of war will haunt my bones, amongst the shadows and the stones,’ which then inspired the music for the song. But the lyrical subject became something totally different as we got deeper into the songwriting, but that was the spark. Now ‘Amongst The Shadows & The Stones’ captures elements of the heaviest material Trivium has done across our entire catalogue.”

You can read Rock Sins verdict on the new Trivium album, What The Dead Men Say, in our comprehensive review. The album is still available to pre-order in a variety of formats – all the details of which are available on this link.

Trivium are holding a virtual in-store event for the release of the album on the 27th of April at 3pm EST / 8pm UK time – where the band will sign and personalise copies of the album purchased through the Trivium website (order on this specific special link if you would like a personalised copy from the event).

Rock Sins recently spoke to Trivium frontman Matt Heafy about his streaming activities on Twitch – that interview is available to read here. A special feature with Matt will be published in the coming days. Stay tuned for further news from the Trivium camp on What The Dead Men Say and other announcements!