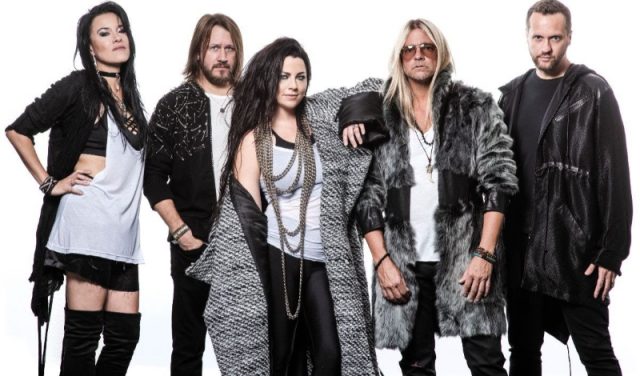 For almost the first time in a decade, Evanescence have announced a brand new album! Titled The Bitter Truth, Evanescence will incrementally release the album throughout 2020, starting with the first single Wasted On You, which is out now.

The video for Wasted On You was filmed individually by each member of Evanescence on their smartphones whilst in Isolation as part of the current Coronavirus pandemic. You can check out their handiwork below:

The artwork for the new album can also be found below:

Evanescence’s impresario Amy Lee has had this to say about the bands’ upcoming album and how they’ve adjusted their plans accordingly:

We were recording this music right up until we couldn’t go into the studio anymore, and finished it remotely through file sharing and phone calls. We are still writing and have a lot more work to do on this album, but this time we wanted to release the songs individually, as we create, to live more in the moment with our fans and our music.

‘Wasted On You’ wasn’t the song we were planning to release first, but when the whole world went into indefinite lockdown and everything changed, so did the feeling and meaning of what we wanted to say right now. I didn’t write these lyrics about what we’re all now going through, but somehow that’s exactly what they are.

As far as business is concerned, this is considered a terrible time to release. But we believe that people need music now more than ever. We do, and we’re not going to wait to share it because who knows what tomorrow brings. Who knows if it even comes?

Evanescence were due to play a co-headline tour of the UK with Within Temptation last month before COVID-19 forced the postponement of the tour. The tour has been rescheduled – currently for September (subject to further changes and cancellations due to the Coronavirus situation):

Remaining tickets can be obtained from Ticketmaster for those who don’t already have them. Stay tuned for further updates from Evanescence about The Bitter Truth here at Rock Sins.