With an album due out later this year, midlands-based, hardcore punk quintet Last Hounds have released a second single, giving us another teaser of what to expect from the album. The video that accompanies They Say (I Know, I Know) was recorded at the members’ individual homes, during lockdown, on their mobiles phones.

Bassist Ben Taylor said: “We weren’t originally planning on doing a video for “They Say” but we saw the UK lockdown as a challenge really. We may be in physical lockdown, but that doesn’t mean our creativity has to be! The whole video was filmed on our smart phones, under the guidance and instruction from our boy Zak and filmed by our girlfriends”

Watch the video for They Say (I Know, I Know) below:

The video was put together by director Zak Poland who said: “When the Lockdown began for the Covid-19 Pandemic, I was asked by the guys in Last Hounds to create a video for their new single ‘They Say’.  This current situation is something none of us have ever experienced, nor could have predicted, so I pretty much rendered this task impossible.

“However after a lengthy chat with the band, we decided to see what we could create just using mobile phones. I sent the boys a detailed list of instructions and settings to use to capture this video from their own homes. I’m proud to say I’ve been a part of what was effectively a successful experiment that completely relates to the shit-awful times we are all currently living in! I really enjoyed being involved in this project and I’m overwhelmingly happy with the finished product.” 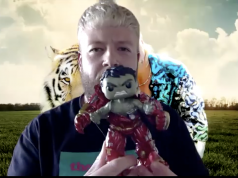 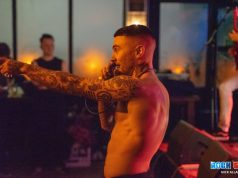 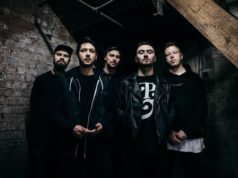