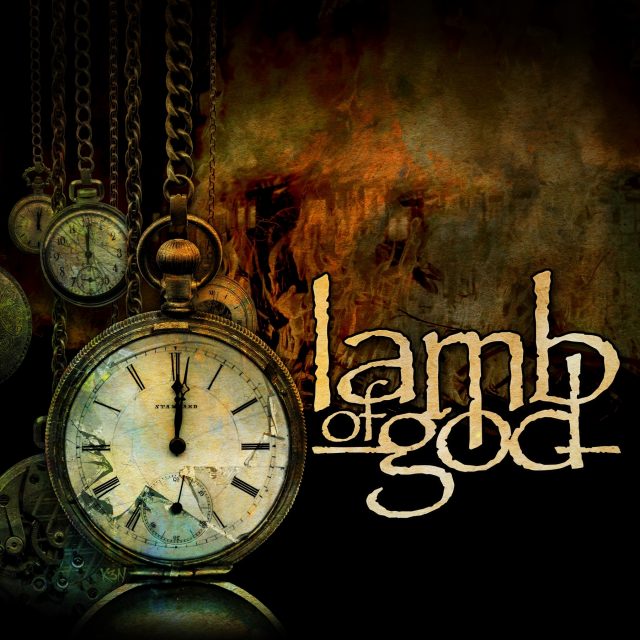 Is it fair to expect international megastars of metal to continue to push the boundaries of their sound twenty-six years into a career? It’s a quandary to mull over as you take in the new self-titled effort from Richmond, Virginia’s bastions of groove. Five years after VII: Strum Und Drang, Lamb of God have returned with more pulverising belligerence to bring us their eighth studio album under the household name. The decision to self-title this record has been attributed to the fact that it is “Lamb of God. Here and now” according to their enigmatic screamer-in-chief, D. Randall ‘Randy’ Blythe. That may well be the case, but does it prove Lamb of God to be the vital force they had been in the halcyon days between As The Palaces Burn and Wrath? There are plenty of frontier smashing new acts out there all baying for the blood of the old guard as they begin to take their rightful places in the pantheons of metal’s uppermost echelons. Do Lamb of God have it in them to stave off the extinction event?

The gentle creep of Memento Mori’s ambient, clean picked introduction sets the stage for a Lamb of God record in much the same way as The Passing did on Wrath. This time it’s darker in tone and more intensely foreboding than its predecessor, but much like the explosion into In Your Words, Memento Mori sees the band erupt into a cavalcade of tumbling riffs and hammering percussion. Blythe’s scream of ‘wake up’ signals the mood change as the song moves from ominous to violent. This opening salvo is reminiscent of the band in their prime and begs the question as to whether their best days are still ahead of them. The immediacy with which tracks like Gears and New Colossal Hate hit you with their anvil-heavy bludgeon is undeniable, and demonstrably is a band at their peak.

There are moments on this record that hark back to almost all eras of Lamb of God’s illustrious career: Reality Bath and Poison Dream (feat. Jamey Jasta) feel like they could have come from the latter half of Resolution, the clean vocals of Memento Mori and Bloodshot Eyes’ first verses are a nod to the experimentation of Overlord on VII…, while Checkmate and Routes (feat. Chuck Billy) bring the all-out swing of Sacrament into the new decade. However, these nostalgic pangs highlight the first glaring issue with the record; none of it has the staying power that LoG songs have had in the past. The riffs on this album, though well-performed, are rather benign with none standing out as world-beating. There isn’t a Ruin, a Laid to Rest or a Redneck moment in any part of this record. While it’s not mandatory that Lamb of God write a hulking ear-worm of a riff every time around, it would be nice to be able to pinpoint a moment that will make the hair stand up on the back of your neck live. In fact, some of the riffs even lack the Lamb of God flair that they deserve; Bloodshot Eyes is as standard a groove riff as they come and could slot onto a Five Finger Death Punch album as easily as it sits here on Lamb of God.

Some of the lyrics are a little on the nose: ‘The American scream’ and ‘Is this the new abnormal?’ from Checkmate and Reality Bath respectively, induce a slight cringe and lack the vituperative venom necessary to carry them. These are however, two isolated examples. There are plenty of reasonable lyrics across this record that don’t make you turn your nose up, but none with the sloganeering of Redneck’s ‘this is a motherfucking invitation’ or the level of indignation of Vigil’s ‘I defy you to continue’. The lack of genuine anger in Blythe’s performance when coupled with LoG’s relentless statements that this is a political record setting the world to rights mean that the lyrics fall a tad flat. The vocal melodies themselves do no favours to the resigned lyricism as they feel every bit as featureless as the aforementioned riffage, just meeting the quota for the ‘crush, kill, destroy’ modus operandi of modern metal without much by way of passion.

However, all this said, the record is stunningly consistent. This is inarguably the most consistent record of Lamb of God’s career since Wrath. It may even be their most cohesive since Sacrament. Every song here is filled with a level of energy befitting the LoG back catalogue, and even though there are issues to be found with the riffs and lyrics, they never stand out as explicitly poor. This is Lamb of God playing it incredibly safe, but in doing so they have created something that is befitting of the moniker of ‘album’. This isn’t just a collection of songs; it is a coherent piece that ought to be listened to in one go. In an era where so many bands are vying to appear on as many Spotify or Apple curated playlists as possible to maximise revenue, it is heartening that LoG have the integrity to create a record that can’t be dissected into throwaway four-minute chunks. While every song here could stand on its own feet, it’s as one piece that the record comes together. If you were cautionary about listening to this record after Checkmate and Routes (feat. Chuck Billy) dropped as singles, be aware that context is everything and in the context of the album these songs are titanic slabs of groove rather than redundant riffs cobbled together.

The weakest moments on this album do stick out like a sore thumb, and by and large are due to the guest appearances. Chuck Billy and Jamey Jasta are obviously well-regarded figures deserving of their status through phenomenally well-crafted back catalogues with Testament and Hatebreed respectively. However, on this record Billy is underused and Jasta is flat out unnecessary. When compared to the guests on VII: Sturm Und Drang, we see a less interesting crop of characters doing less with their abilities. Chino Moreno and Greg Puciato of Deftones and The Black Queen (formerly of The Dillinger Escape Plan) did something with their unique voices that elevated Embers and Torches to being highlights of the record, while Billy and Jasta are given the chance to do the bare minimum and get their names on the record. Again, much like this album on the whole, the appearances aren’t bad, they’re just crying out for more.

So, back to the original question: Is it fair to expect international megastars of metal to continue to push the boundaries of their sound twenty-six years into a career? In short, no. To expect a band who are so deep into a career to do something wildly different with every album is foolish. You’re well within your rights to feel disappointed that they are settling for very-good-at-what-they-do rather than pushing themselves, but it is daft to expect anything more than that. Metallica ain’t making another opus any time soon, Iron Maiden aren’t about to start injecting death-doom into their sound, and similarly Lamb of God have found their niche and are well and truly tucked into it. This is a fine album, well produced by long-term partner Josh Wilbur to make the band sound monolithic and stadium-ready, filled with passable tracks that will flesh out and revitalise the live setlist (remember gigs? They were fun.). What it isn’t is Lamb of God attempting to round out their sound any further, and there are absolutely no surprises to be found on this record. If what you want is meat and potatoes groove metal done to an admittedly high standard, you will be in seventh heaven with this album. If you want another Resolution, another exploration of what groove metal is capable of, look elsewhere.