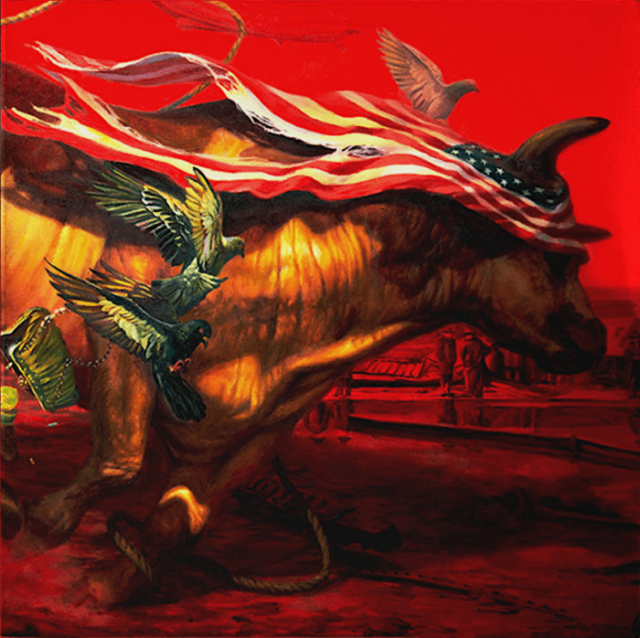 Overall Score: 9/10 Songwriting: 10/10 Instrumentation: 9/10 Originality: 8/10 Pros: The band are able to write incredibly technical songs whilst still delivering something that stays in your head for hours Cons: Vocals can be somewhat grating depending on your mood (though that absolutely isn’t to say that the vocals are bad)

With everything going on in the world right now, a small bit of positivity can be found in knowing that Protest The Hero will be releasing their first full length album in almost seven years. For a while there has been somewhat of a question mark over whether or not the Canadian prog-metallers would get to make this album. During the band’s North American tour for the 10th Anniversary of their 2008 sophomore album Fortress, frontman Rody Walker began to develop vocal issues which later appeared again when the vocal tracking for Palimpsest began. This led to Protest The Hero having to postpone vocal tracking and cancelling all subsequent tours as vocal damage to Walker’s voice could have been irreparable if not taken care of properly. Thankfully he has been able to overcome this whilst Protest The Hero put together their most ambitious album to date.

Palimpsest introduces itself with ‘The Migrant Mother’ which has a very grandiose and triumphant atmosphere to it, with Walker still able to hit some obscenely high notes even after his previous vocal issues. Elements of ‘The Migrant Mother’ sound like they’ve been pulled straight from a power metal song, which is also prevalent in’ All Hands’. It is very interesting to hear the band walk a tightrope between early Dragonforce and Animals As Leaders whilst still sounding undoubtedly like Protest The Hero.

‘The Canary’ tells the story of Amelia Earhart, who was the first woman to fly solo across the Atlantic Ocean. The song is closer to what you would expect of the band, with a huge chorus and some strings placed occasionally in the background which creep in throughout the album in the likes of ‘Soliloquy’ and the interlude tracks such as ‘Harborside’, often accompanied with pianos too. Lyrics like “Women must pay for everything / They do get more glory than men for comparable tasks / But they also get more notoriety when they crash /When they crash” show that the feminist themes which have always played an important role in Protest The Hero’s lyricsm from the offset of their career have not gone anywhere.

Palimpsest is an album with a lot to say, commenting heavily on the history of the United States and how history can be manipulated and changed to present something better. ‘Little Snakes’ looks at the colonialism and genocide that built the US as we know it today, with ‘Rivet’ criticising the politics of the United States and the Trump administration today.

What’s most striking about this album though, is how the band have improved massively on what they already do so well. Anybody familiar with their earlier material will know that every member of this band is very talented at their instruments and can play them bloody well. There are moments in previous albums where it feels like they’re showing off and you’re sat thinking “yep, okay, very good”, whereas with ‘Palimpsest’, the band are still able to show off but in a way that grabs your attention and feels more like a song as seen with the likes of ‘The Fireside’ and ‘Reverie’. The songwriting has gotten better with subtleties in lyricism and vocal delivery too, most notably with ‘Gardenias’ which centre’s around Peg Entwistle, an actress in the early 20th century who sadly took her own life by jumping off of the ‘H’ of the Hollywood sign. The first verse of the song sees Walker symbolically use alliteration of the letter H, and later on taking an extract from the note found on Entwistle’s person “I’m afraid I’m a coward. I’m sorry for everything.”. The band have always had a certain knack for storytelling and it’s one element amongst many that has placed Palimpsest comfortably as the best Protest The Hero album to date, and likely one of the best albums to come out this year.

The new Protest The Hero album, Palimpsest, is out now on Spinefarm Records. Get the album directly from the band at Bandcamp now. 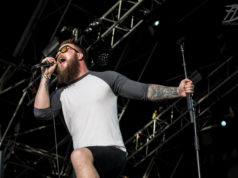 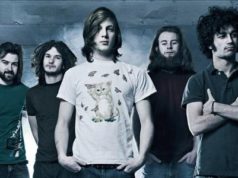