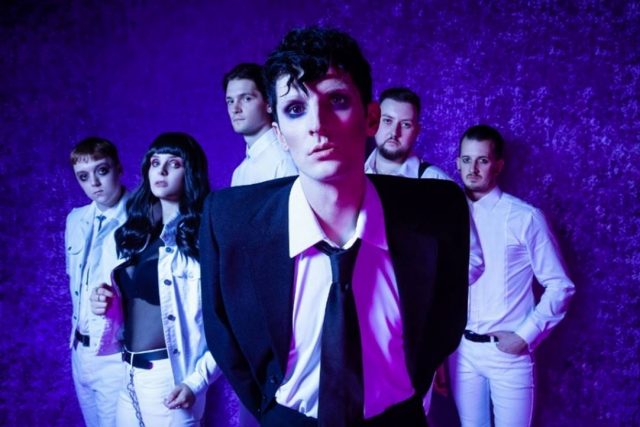 Southampton band, Creeper, are a phenomenally talented band, who quickly developed a dedicated, die-hard fan base – the Creeper Cult and not only are those fans being treated to a highly anticipated second album, (Sex, Death & The Infinite Void) but also a brilliant new podcast that explores the world behind the album – The Story of… Sex, Death & The Infinite void.

Hosted by journalist and producer Giles Bidder (Mighty Moon Media) the podcast explores the battles Creeper faced with death, tragedy and mental health issues, in order to deliver an impressive second album. The podcast stands out from your usual, with so many elements layered to give a truly captivating listen.

Listen to the episode one of the podcast:

As part of the launch of Sex, Death & The Infinite Void, the band will also be launching their first ever CREEPER CON, on July 30th at 10:30pm hosted on YouTube. This online event will feature live interviews as well as brand new footage from Creepers infamous Koko show, where they brought down the curtain on the melodramatic Eternity, In Your Arms. With the current Coronavirus situation, this will be a true delight for fans to enjoy the closest thing to a gathering and true community spirit around a shared love of Creeper.

This new concept album has a loose mirror on lead singer William Gould’s life which is described as “Boy moves to new city, goes off the rails, meets new girl, falls in love and the world as they know it ends“.

The band have also recently released their brand new single Poisoned Heart, which has given fans a final build-up of anticipation for what this latest album will have in store, with this new twist on Creeper’s music. “This song was the first we had written where we’d experimented with a baritone lead vocal,” says Gould. The track is heavily influenced by Leonard Cohen and Nick Cave and features Gould singing in a way that has not previously been attempted, and it’s one that has been pulled off wonderfully – the track feels like a true timeless ballad.

Whenever Creeper bring out new music, it is always a delight. A beautiful mix of glam, classic, and punky music that requires the volume to be turned up to max. Sex, Death & The Infinite Void is out 31st July with a run of intimate shows in March 2021 for fans to look forward to.