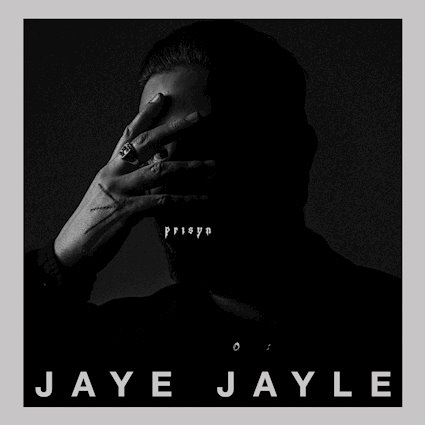 Evan Patterson may not be a household name, but his artistry stretches across myriad borders. From his work in Young Widows to his latest project, Jaye Jayle, his relentless search for new and exciting forms of expression is well documented and widely respected. With the latest Jayle album, Prisyn, Patterson chose to collaborate with Ben Chisholm rather than his backing band and used only the most basic tools at his disposal – in this case GarageBand and an iPhone 8. The LP was conceived of and created during three months of touring and acts as snapshots of Patterson’s experiences. The methods are new territory and the results are anathema to his discography. Chisholm’s cold, pulsing, humming electronics lay a fever-dreamlike bed for Patterson to intone over; a far cry from Widows or Jayle’s previous output.

The poetry on display here warrants comparison to Nick Cave or Alexis Marshall for its murder balladry, its dry, louche delivery, and its adept command of language. Add into this an air of Bowie’s Berlin Trilogy – specifically the latter half of Low – on the likes of the understated The River Spree and Guntime and you begin to sense an air of genius in Patterson’s latest work. The juxtaposition between the quiet croon of A Cold Wind’s opening and From Louisville’s heavy throb shows a fundamental mastery of the style being utilised. Unfortunately, the snapshot approach to laying down these memories means that the record lacks a satisfying cohesion. The tracks individually work wonderfully, but when placed side-by-side they feel disjointed, an amalgam of ideas rather than a singular coherent narrative. Not all records need to be cohesive to be brilliant, but in this case more care given to structure would benefit greatly. Shy of a post-modern wonder, its imposing personality will certainly touch each listener differently.