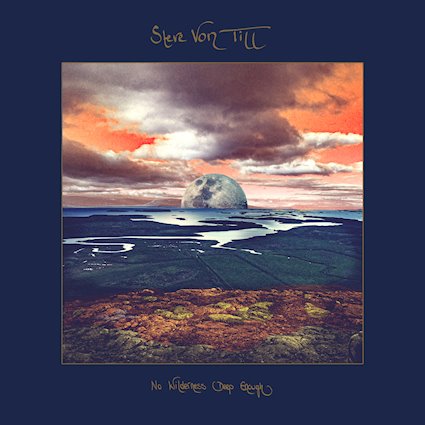 Steve Von Till is a man deserving of the legendary status. From his work with post-metal progenitors, Neurosis, to his experimentation in Tribes of Neurot, his eponymous work as well as that as Harvestman, Von Till commands respect with his deep understanding of the musical styles. For his fifth solo record, No Wilderness Deep Enough, he turns ever further introspective through a mix of naturalistic imagery and aching beauty. Lyrically, the album will speak best to the older, wiser listener as it seemingly deals with themes of growth, existentialism, the unknown and the cycle of life and death; ‘We will always stumble through the dark’.

Steeped in the imagery of his surroundings, Von Till adopts the strength and wizened façade of an oak tree that has seen countless years of beauty and silently stood by as an observer rather than a key player. Quite a disparity from the work in his other projects. His mournful, grizzled intonation sits atop a bed of subtle pulsing. This is essentially romanticised, neo-classical folk music and best enjoyed at maximum volume.

Sometimes the subtlety can become tiresome. You do wish for more dynamism across the record, however the beauty shines through the lyrical portrayal of a world ever-changing and just about makes up for what is a rather one-note delivery. In its understated delivery, the record marks itself as something different from the relative bombast of much of naturalist folk music, Von Till’s grumbling rasp a far cry from the cleaner cut folk vocalist you may be used to. This gothic Americana could surely only be made by a man as experienced and weathered as Von Till; through his multitude of projects and his life on the road he has seen sights the world over, yet creates a record that encapsulates the beauty of his homeland. This global view gives pause for a musician of Von Till’s calibre to drink in his surroundings and express them uniquely.

Swirling iridescence and hallucinatory musical choices make this album an all-encompassing affair. Though their may be peaks and troughs of interest, it never grows boring enough to switch off, always maintaining a sense of purpose and prescient questioning of existence. It’s a record that maintains subtlety in its philosophical outlook so as not to beat you over the head with its ideation, for brute force is best reserved for moments in Neurosis’ back catalogue. This is distinctly Von Till, creating an individual’s look at the world’s stunning beauty.