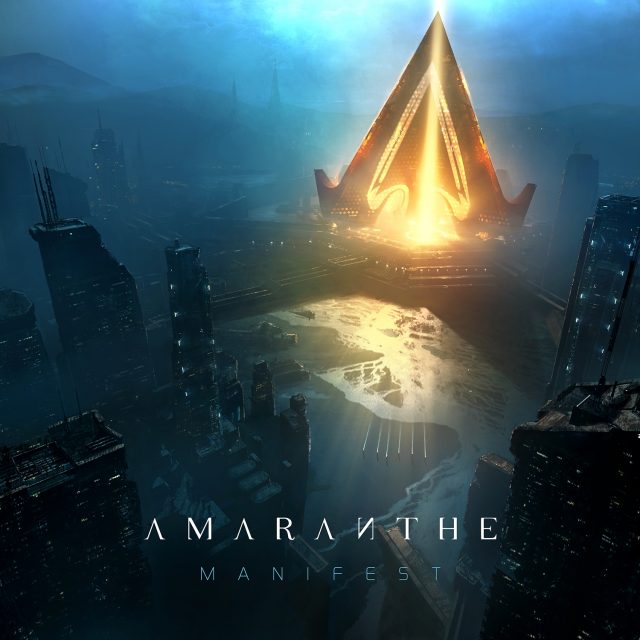 Amaranthe are looked upon by many in the metal world as something of a guilty pleasure. Dismissed by others as “Disney metal”, comments like this belie the fact that Amaranthe have been producing consistently great, catchy heavy music since their debut album almost a decade ago. What they haven’t always been able to do since that excellent debut album is make the leap from great songs to great albums. Every Amaranthe album since the debut has generally had a couple of stand out singles that the rest of the album’s can’t always live up to. That brings us to Manifest, Amaranthe’s latest offering.

What seems evident from the first listen of Manifest is that it feels like a cohesive album, rather than a collection of songs. The album flows well, the track ordering is complimentary to the vast majority of the songs and it seems to whizz by far quicker than its 40 minute run time. In line with the comments above, on Manifest the album’s lead singles are very enjoyable. Viral is exactly what you’d expect from an Amaranthe single. It doesn’t quite hit the heights of previous lead singles like 365 or The Nexus, but it’s still going to worm it’s way into your brain and stay there for weeks.

The difference with Manifest is, there are 3 or 4 tracks in the first six (Adrenaline, Fearless, Make It Better and Viral) that could have been chosen to be the lead single. In the second half of the album, The Game (with its excellent guitar solo) and the rapid fire Archangel keep up the quality. Amaranthe even get manager Angela Gossow (ex Arch Enemy) out from behind the desk back to the microphone for the first time in 8 years to guest on excellent album closer Do or Die. The album does contain the worst mosh call of the year (perhaps decade) on Boom but the less said about that track full stop the better. It’s a rare misstep in an otherwise very enjoyable album.

It feels like this time Amaranthe have traded having one or two huge singles for a much higher, consistent level across the album as a whole. Arguably in the streaming world those mega singles are more important than ever, but what Amaranthe have done here bodes far better for their long term success. Once COVID has subsided, it is highly likely many of these tracks will become firm live favourites, and help propel Amaranthe to the next level.

Manifest is out now on Nuclear Blast Records.